Freeway II: Confessions Of A Trickbaby (1999)

Just as Freeway was a twisted riff on Little Red Riding Hood, Freeway II: Confessions Of A Trickbaby is a twisted riff on Hansel & Gretel. Unfortunately, it's just not as good as the first movie, although that's not to say that it doesn't have its moments.

Natasha Lyonne has the lead role this time, as Crystal, and she ends up getting herself in enough trouble to be thrown into juvenile prison. She's not about to stay there for long, however, and soon makes good her escape with a young woman named Angela (Maria Celedonio). Unfortunately, Angela is a bit more unstable than Crystal, which can often lead to people being killed. Still, that won't matter if they can just get to the potential safe haven provided by Sister Gomez.

Once again written and directed by Matthew Bright, there may be some stylistic similarities on display here, but this shouldn't be viewed as a sequel to Freeway. Consider it more a distant cousin, a younger one that tries to act up and emulate you when it comes to visit during the holidays.

Lyonne is good in the main role, but she's not particularly easy to root for as she ends up spending more and more time averting her gaze from the obvious problems that her companion has. Celedonio gets to cut loose and embrace her freaky side as Angela, and she does just fine. Vincent Gallo appears in a small, but highly amusing, role, David Alan Grier is a very sleazy lawyer, and fans of John Landis may enjoy seeing him in his cameo.

Bright has a bizarre filmography, with Bundy being, arguably, the movie in which he comes closest to normality, but it's a shame that he has been unable, so far, to get anywhere close to the greatness of his debut feature. Everyone wants to see Tiptoes, but not necessarily for the right reasons. This movie may well prove to be the most disappointing to fans. It's not a clever reworking of the familiar material, and it's just not as much fun as it should be.

Worth a watch, but not one to revisit, and I doubt that anyone will end up choosing it as a firm favourite. 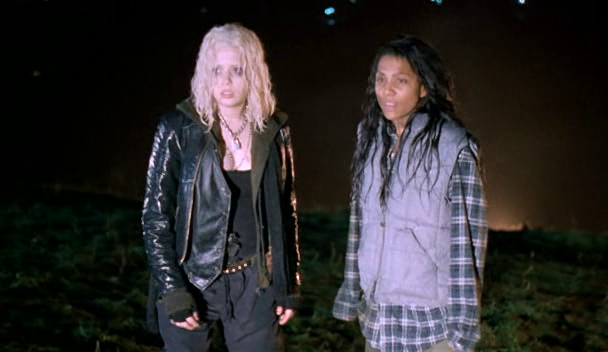