A fun, modern take on the classic fairytale, with more than a dabble of weed sprinkled through it, Hansel & Gretel Get Baked isn't a movie that I could ever call a great movie, but it's certainly much better than I expected it to be.

Molly Quinn is Gretel, a bit of a pothead who starts down a path towards trouble when she goes looking for her pothead boyfriend, Ashton (played by Andrew James Allen). Ashton had been going to pick up some great new weed, something being grown by a little old lady from Pasadena (yes, the song is mentioned). Unfortunately, that little old lady is a witch (Lara Flynn Boyle) who lures in her victims and uses them to help her turn back the clock. Gretel knows that something is up but doesn't realise the full situation. And neither does her brother, the non-potsmoker Hansel (Michael Welch).

Director Duane Journey uses a decent cast, a fun script (by David Tillman), and occasional decent gore effects to put together a fun movie that should please horror fans who don't need every movie to be chock full of tension and/or bloodshed. The way in which the main elements of the classic tale are adapted for the modern setting are fun, though nothing here can be described as subtle or sophisticate. What the hell, people could say the same about me. This is a film to be watched with snacks and the beverage of your choice, and there's nothing wrong with that.

Quinn is a perfectly decent Gretel, Welch does okay even though he's not onscreen that much, and Bianca Saad heats things up a bit as a girl named, well, Bianca who ends up helping Gretel after her own boyfriend also goes AWOL. Everyone else does well enough, including Lochlyn Munro and Yancy Butler as a pair of police officers reluctant to waste any time trying to find someone they simply assume is not where he should be because he's stoned. And then there is Lara Flynn Boyle. She's good, but that's mainly thanks to the script giving her most of the best lines. Other aspects of her performance show that, sadly, her best performances may be far behind her.

It's not going to win over any fans who like their horror dark and smart, but if you're an easygoing, unfussy viewer then you may just find this to be an amusing enough way to kill 90 minutes. 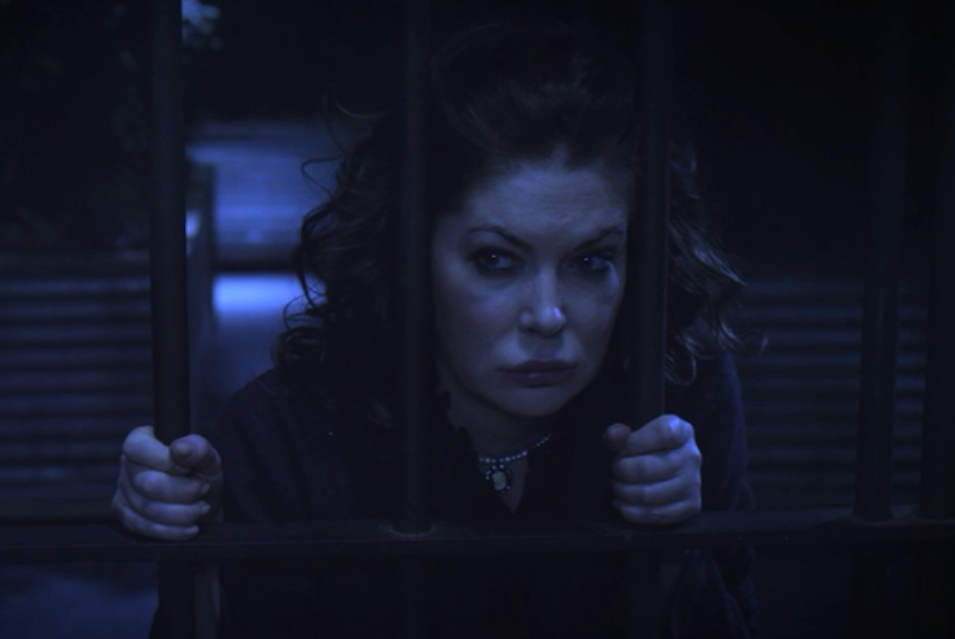