For anyone mad enough to care about such things, my reviews of the previous X-Men movies can be found here (the first), here (the second), here (The Last Stand) and HERE (First Class). I've also reviewed X-Men Origins: Wolverine and The Wolverine. Sadly, I've still not read any of the actual comics, but I've enjoyed, to varying degrees, every cinematic outing for the superhero squad.

Bryan Singer returns to the director's chair for this instalment in the X-Men movie franchise and it's not long until he reassures fans that they are back in safe hands. A lot of people enjoyed X-Men: First Class, but I was a bit disappointed by it. It was entertaining enough, sure, but really felt lacking in the action department. Five minutes into X-Men: Days Of Future Past and the action is thick and fast. Mutants are being wiped out by giant robots, called sentinels, that can absorb mutations and add them to their formidable arsenal of weaponry. Many have died, with a small group staying alive thanks to the unique gift of Kitty Pryde (Ellen Page). If an attack begins, and they can save some precious time for themselves, Kitty can send the consciousness of someone back to an earlier time, that person can then warn everyone, and the attackers arrive to find nobody around. Charles Xavier (Patrick Stewart) and Magneto (Ian McKellen) want to end the war, and they think that Kitty could be the key. Unfortunately, she would need to send someone back decades, not just hours or days, and the mind can't handle that. Unless it's a mind that can repair itself almost as quickly as it's being broken to pieces. Yes, Wolverine (Hugh Jackman) ends up being the one chosen to travel back in time. He has to find the young Charles Xavier (James McAvoy), and the young Magneto (Michael Fassbender), and he has to ask them both to help him find Mystique (Jennifer Lawrence). She doesn't know it yet, but it's her blood that could lead to the death and destruction of all mutants.

Although rooted in a darker storyline regarding the planned extermination of all mutants, this remains a surprisingly light and upbeat film (something that Singer also managed with the first movie - both started with scenes featuring a holocaust). This is thanks, mainly, to the large ensemble cast all clearly enjoying themselves, and also to the pacing of the movie, with at least four fantastic set-pieces helping to make the 131-minute runtime just fly by. When the action kicks in, it's almost as if everyone involved is so relieved to not be explaining "the science part" that every set-piece is taken up a notch thanks to the additional exuberance of all involved.

Jackman is the star of the show once again, after his fleeting appearance in the previous movie, but there's plenty time to enjoy the performances of McAvoy and Fassbender. Lawrence would have benefited from more screentime, but that's more a comment on how great she is onscreen than a criticism of Simon Kinberg's script. Nicholas Hoult gets to Beast out, impressively, on a few occasions, and Peter Dinklage is enjoyable as the potential villain of the piece. As well as Stewart, McKellen and Page returning to their roles, we get Halle Berry back (stuck with her character, Storm, being as useless in the movies as she has been from the beginning), Shawn Ashmore reprising his role as Iceman, Josh Helman portraying a young Maj. Bill Stryker, Evan Peters stealing a few scenes as Quicksilver, and Bingbing Fan making a great first impression as Blink (seriously, she's probably the coolest one that I was previously unaware of). There are many, many more, old and new, but I don't want to spend more time just reeling off the names.

Because of the time travel element, there's plenty of room here for references, in-jokes, and plot holes. Having said that, I never once sat and thought about any major mistakes in the developing timelines. The movie may (in fact, probably does) have the kind of errors/paradoxes that most other time travel movies also contain, but it's so polished and consistently entertaining that it doesn't matter. You also have to admire the skill shown in ret-conning the franchise so effectively. By the time the end credits roll (and wait for the post-credit tease, of course), fans can leave the cinema happy with the way things have been set up for the cinematic future of this franchise.

It may not be the best of the series, I still think 1 and 2 are a pretty unbeatable double-bill, but this is a return to great form for the X-Men. In fact, it's almost impossible to think of any fans who will dislike this one. 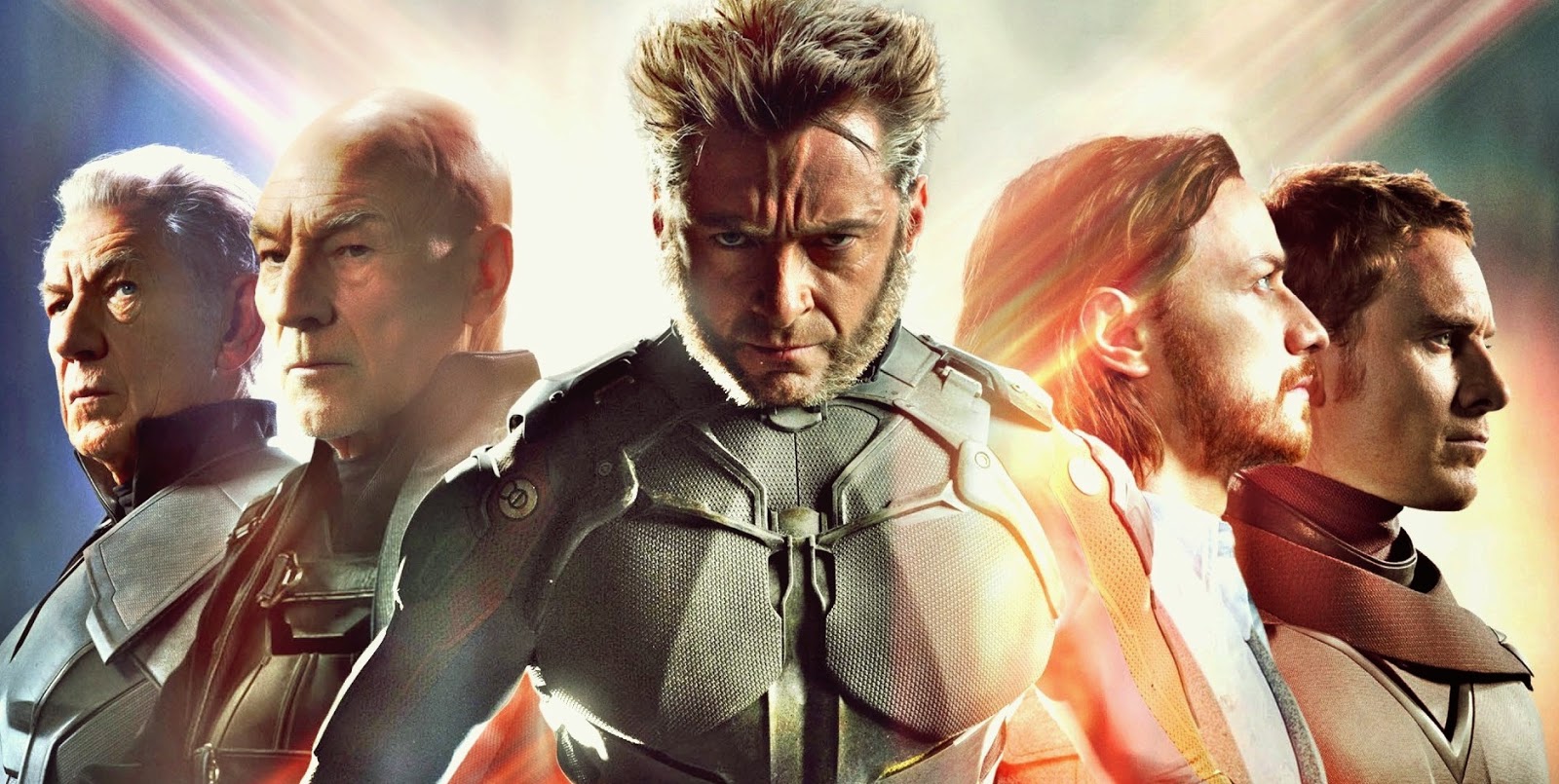 Lots and lots of superhero movies are, of course, reviewed in my book of reviews. So please feel free to remember me whenever you're visiting Amazon.