People who have met bikers in real life will be able to tell you that, for the most part, they're often a lovely bunch of people. Their image is enough to scare some folk, and they may not always want everyone knowing how nice they are, but I've yet to meet a biker with a bad attitude. In the movies, however, it's a whole different story.

Stone Cold is another movie that features a dangerous gang of bikers (who seem to be accompanied by an invisible lead guitarist wherever they ride). Led by Lance Henriksen (playing a character named Chains Cooper), this bunch are never happier than when they're making money from drug deals, shooting guns and just being as rowdy and violent as possible. Of course, with William Forsythe in the gang, trouble was almost guaranteed. Enter Brian Bosworth, an undercover cop who is tasked with getting enough on the gang to lock 'em up for a long time.

Never mind the cliche-ridden script by Walter Doniger, nor the dodgy fashion choices of Bosworth in the lead role, Stone Cold is all about macho men all squabbling with one another. There's one main female character, played by Arabella Holzbog, who manages to make a decent minor impact despite being cloaked in the fug of testosterone, but, from the opening sequence to the grand finale, this is all about alpha males, and all about showing Bosworth as the most alpha of them all.

Craig R. Baxley directs competently enough, compensating for the ridiculous aspects of the script by moving things along at a decent pace, and also revelling in some of the silliness. The first half of the movie, in particular, shows Bosworth puffing out his chest and beating his way into the biker gang in a way that delivers some decent action moments, while also providing no small amount of amusement.

But it's the cast making this truly memorable. Well, three of the main stars, at any rate. Bosworth may not be a great actor, but he has muscles, the ability to ride a motorbike, doesn't mind wearing some jewellery, and has a fine mane. Which makes him perfect in his role. Henriksen is a strong leader who often relies on his actions to speak louder than words, and Forsythe is at his barmy best, never warming to The Boz and always looking for an excuse to start trouble with him. Holzbog, as already mentioned, does well enough in her role, and Sam McMurray is entertaining as the agent helping to run the operation (a character who grows stronger as things move towards the finale).

If you're after a quality piece of cinema to echo through eternity then this probably won't be your first choice. But if you're after a fun action thriller with lots of bikers, a hero who owns a large pet lizard, and over the top moments in almost every main scene . . . . . . . . . well, this is exactly what you need to be watching. 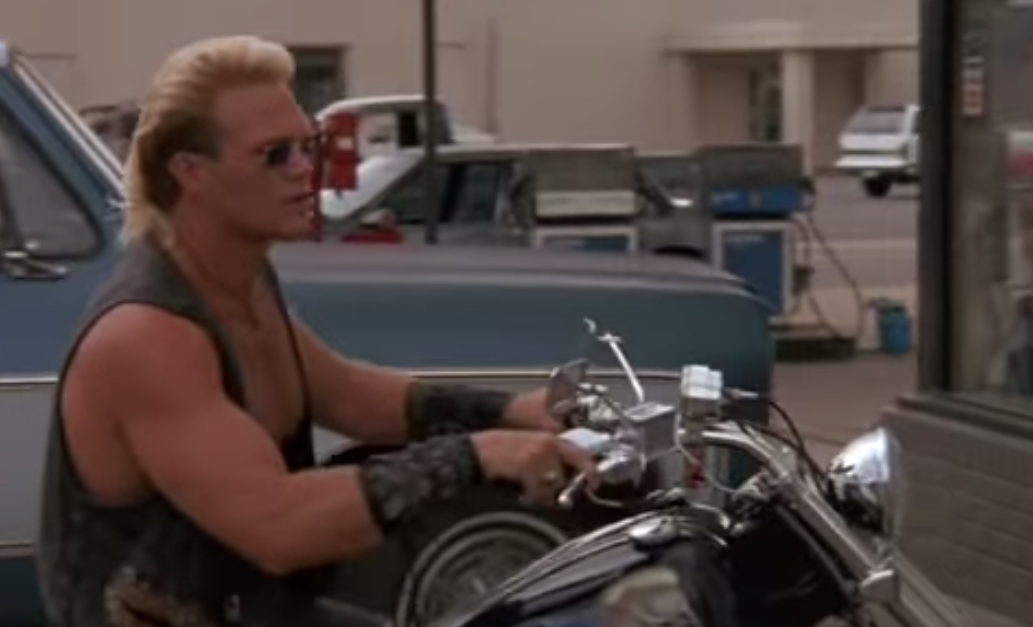 I WILL keep reminding people that every copy of my book sold gets a few pounds in my pocket, and gets you a good read (if I say so myself). So please feel free to remember me whenever you're visiting Amazon.

As much as I love the rest of the world, I can't keep up with all of the different links in different territories, but trust me when I say that it should be there on your local Amazon.
Posted by Tylerandjack at 09:00