Anna Faris stars in this light comedy, one that you may already be predisposed to love or hate, depending on how you feel when you see the Happy Madison logo pop up at the start. Faris is as good as ever, but it's a shame that the movie isn't better, despite a pretty great cast supporting her.

Faris is Shelley Darlingson, a Playboy bunny who ends up having to leave the Playboy mansion. She has nowhere to live, and no skills that seem relevant to any other aspect of modern life, but that doesn't matter when she chances upon a sorority house in need of a house mother. Well, they need a lot more than that. The girls are down in the dumps, they're unpopular, and can't see any way to turn things around They will lose their house if they don't get at least 30 pledges and also improve their standing in a few other ways. Shelley may not know much, but she does know how to give the girls a makeover, and may be able to help them achieve their goals.

Director Fred Wolf goes through the motions here. There's a montage or two, some lively pop tunes, and everything is light and colourful. The script by Karen McCullah and Kirsten Smith is predictable, not that funny, and often requires more suspension of disbelief than I could muster. I don't mind the ridiculous premise, but I did get irritated when a main character who wasn't supposed to have two cents to her name suddenly had enough for shopping trips, makeovers and an extravagant theme party.

I'd dismiss this as unwatchable nonsense if it wasn't for the cast, all trying to do their best with the material. Faris has been elevating weak comedies for over a decade now, but it's good to see her working with a cast all trying equally hard. Christopher McDonald and Beverly D'Angelo are the two veterans making things hard for the sorority house, Hugh Hefner has an amusing cameo, and Sarah Wright and Rachel Specter are the popular girls in a nearby sorority house who look down their noses at the main characters. Colin Hanks is fine, if a bit bland, as Oliver, a man who Shelley ends up taking a shine to, and Tyson Ritter is given the thankless role of a shallow, potential love interest for Emma Stone's character.

Oh, did I just mention Emma Stone? Yes I did. She's another big bonus here. Her comedic talent is well utilised, especially in the first half that allows her to go "full dork". Kat Dennings is another one of the main ladies, and she's also good fun, while Katharine McPhee, Rumer Willis, and Dana Goodman also stand out, for a variety of reasons.

I can't, despite the game cast, class this as a good movie. It's not. But it does just enough to make it worth a watch, especially if you're in the mood for something simple, light, and full of pretty women. 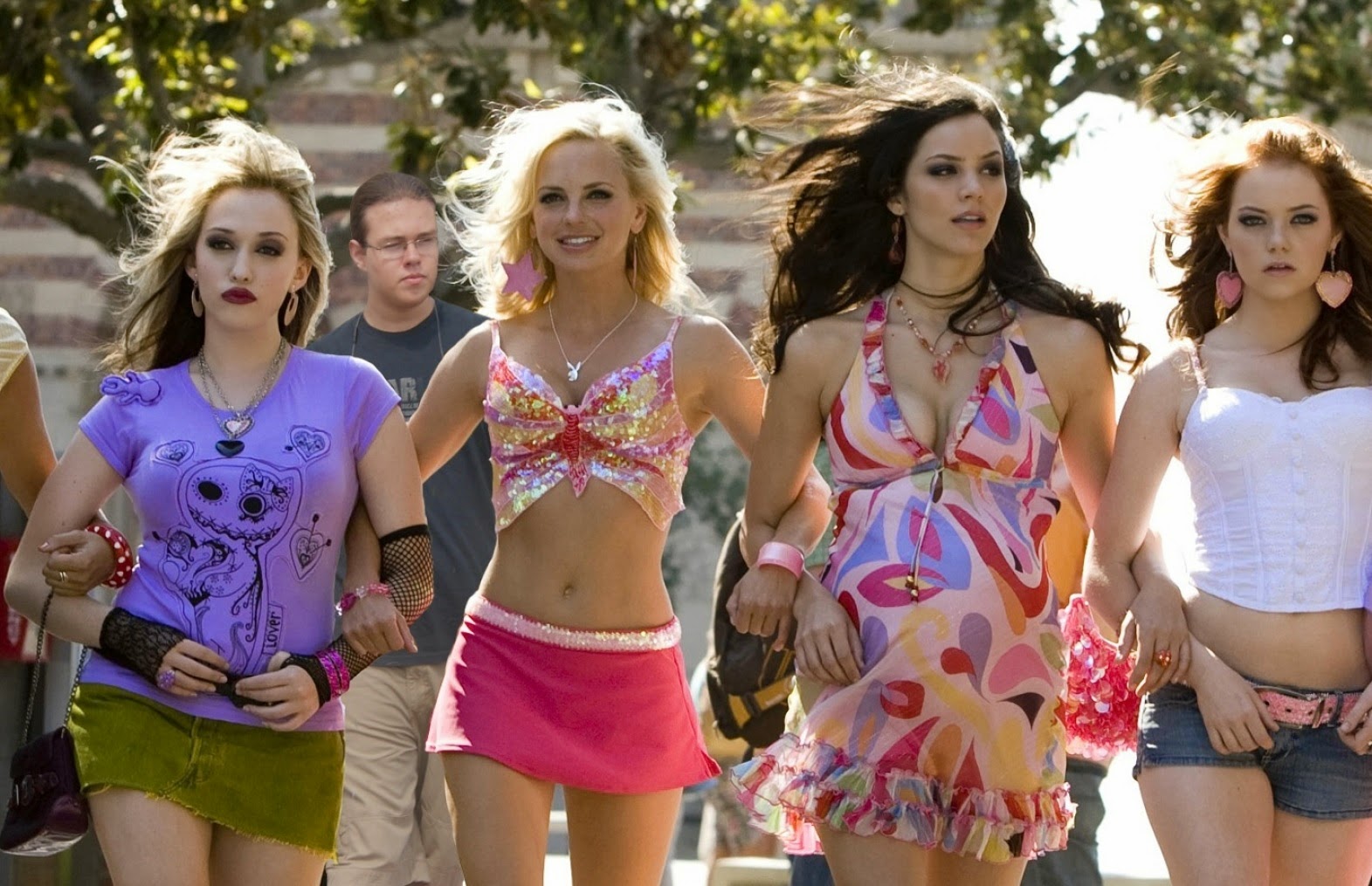 One day I hope to be a bunny. Or buy one (the pet kind). Or just pretend to be Hugh Hefner in a very nice dressing gown. So please feel free to remember me whenever you're visiting Amazon and see my book there.