Drop Dead Fred (Rik Mayall) is an imaginary friend to a young girl named Elizabeth. Well, he's imaginary, but also very real. Or is he? If you want to view this movie in a nice, entertaining way then yes, yes he is. Because the other option is a bit too dark. Anyway, I'm getting ahead of myself. Young Elizabeth grows up to be older Elizabeth (Phoebe Cates), and viewers get to see her having a very bad day. She loses her fella, her job, her car, and her money. And she ends up having to stay with her mother (Marsha Mason). And that's when Drop Dead Fred reappears. He claims that he's always ready to help when needed most, and a lot of his antics are good fun at the time, but he also ends up landing Elizabeth in a lot of hot water. Just like he did when she was just a kid.

Directed by Ate de Jong (who has numerous other credits, but this remains, arguably, his most popular film), Drop Dead Fred is a fun, but uneven, movie that benefits immensely from the two lead performances. Mayall can do anarchic and childish in his sleep, and he's perfect as Fred. Seeing him alongside Ashley Peldon, who portrays the young Elizabeth, shows how great his personality works with children, and also shows a sweetness at the heart of his constant mischief. Cates doesn't often get her due for her movie roles, and I'm as guilty of that as anyone, but she does well here to not be completely overshadowed by Mayall, and the moments that require more physical comedy from her allow her to display just how good she is. Mason is also great as the cold mother, Tim Matheson is enjoyably loathsome as a suave sonofabitch undeserving of Elizabeth's love, Carrie Fisher is a lot of fun as the best friend who tries to help out until her patience is stretched to breaking point, and Ron Eldard is, well, a bit bland, but harmless enough, as Mickey, a former childhood friend and now the guy who may be a better match for Elizabeth.

The script, by Carlos Davis and Anthony Fingleton, does everything that it needs to do, but it never realises the full potential of the premise (though one scene, involving a room full of kids, all with their own imaginary friends, comes close). It does, however, manage to walk a tightrope fairly effectively, always reassuring viewers that Fred is very real, which allows everyone to root for Cates instead of just worrying about her fractured state of mind. Mind you, a more ambiguous treatment of the material may have yielded more interesting results.

Although dressed up as a movie aimed at children, this is almost equally a movie aimed at adults remembering their childhood. We've all had days when we'd like to do nothing more than build a fort out of the furniture cushions and hide away inside it. We've all had moments when we'd love to just go crazy, let out all of our frustrations, and to hell with the consequences. Drop Dead Fred is made for those moments when you want to walk over a white carpet without taking your shoes off, when you want to make a mud pie, when you want to touch the wet paint. It speaks to the part of our brain that used to be more fascinated with the interior of our nostrils than the depths of the oceans or the vastness of outer space. Kids will enjoy it, but probably not as much as the adults yearning for a time when they didn't have to be so responsible. 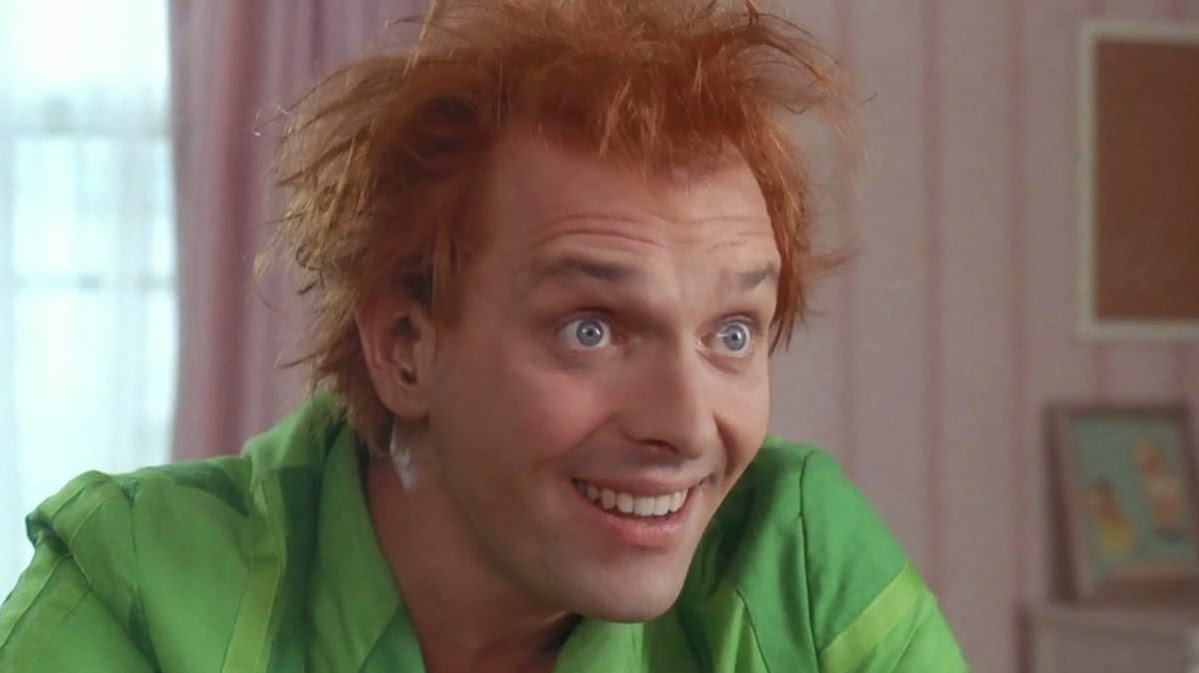