21 Jump Street was one of the best comedies of the last few years so I was very happy when I heard that all of the main players were returning for a sequel, imaginatively titled 22 Jump Street. Once the trailer landed I was even happier. It looked like it was going to be a lot of fun. Well, having just seen the movie, I can assure fans of the first film that they will have almost as much fun with this brilliant follow-up.

Jonah Hill and Channing Tatum return to play Schmidt and Jenko, two undercover cops who have managed to get some good results, despite moments of staggering ineptitude. After going undercover at a high school for their first big job they end up now going to college. As Deputy Chief Hardy (Nick Offerman) goes to great lengths to point out that everyone wants them to do exactly what they did the first time around. More money has been ploughed into the project, the setting is slightly different, but the journey taken by our two leads should be a very familiar one. Nobody wants it to be different. Schmidt and Jenko may beg to differ, but they soon end up reprising a number of familiar comedy beats.

The plot isn't all that important to 22 Jump Street. What matters here is the meta brilliance of it all and the sheer exuberance in almost every scene. Sure, there may be some people who dislike seeing scenes that feel like pop video moments interrupting a standard narrative, but it's hard not to be swayed by the fun that Tatum and Hill are obviously having. The other main cast members - Ice Cube, Wyatt Russell, Amber Stevens, Peter Stormare, Jillian Bell, Jimmy Tatro - also get to have a good time, with almost everyone onscreen getting involved with at least one big laugh. Ice Cube and Offerman both steal a few scenes, and there are a good number of laughs packed into the one sequence that allows Rob Riggle and Dave Franco to show up again.

The script, written by Michael Bacall, Oren Uziel, and Rodney Rothman, isn't exactly a gold-plated classic, with a lot of the dialogue sounding completely unfunny out of context, but the execution of the material by directors Phil Lord and Christopher Miller (who are now 4 for 4), and the chemistry between the two leads, more than makes up for the shortcomings. There's also that meta coating that gives a lot of the lines more than one meaning, often quite audaciously.

As a comedy, it works. As a comedy sequel, it works. As an action comedy, it . . . . . . just manages to get by, but only thanks to one or two set-pieces at the start and end of the film. As a brilliantly sly sequel that gleefully plays with expectations and spends plenty of time ridiculing itself, however, I put it on a par with Gremlins 2: The New Batch. It's a cheeky way to recycle elements from the first movie, but it works.

I don't think you'll find a better film this year that includes such a strong bromance, a pair of twins uncannily in sync with one another (played by The Lucas Brothers), Patton Oswalt, Ice Cube in an office that LOOKS like an ice cube, a nod to Benny Hill, and some slam poetry that may feel very familiar to fans of So I Married An Axe Murderer. But let me know if you do. 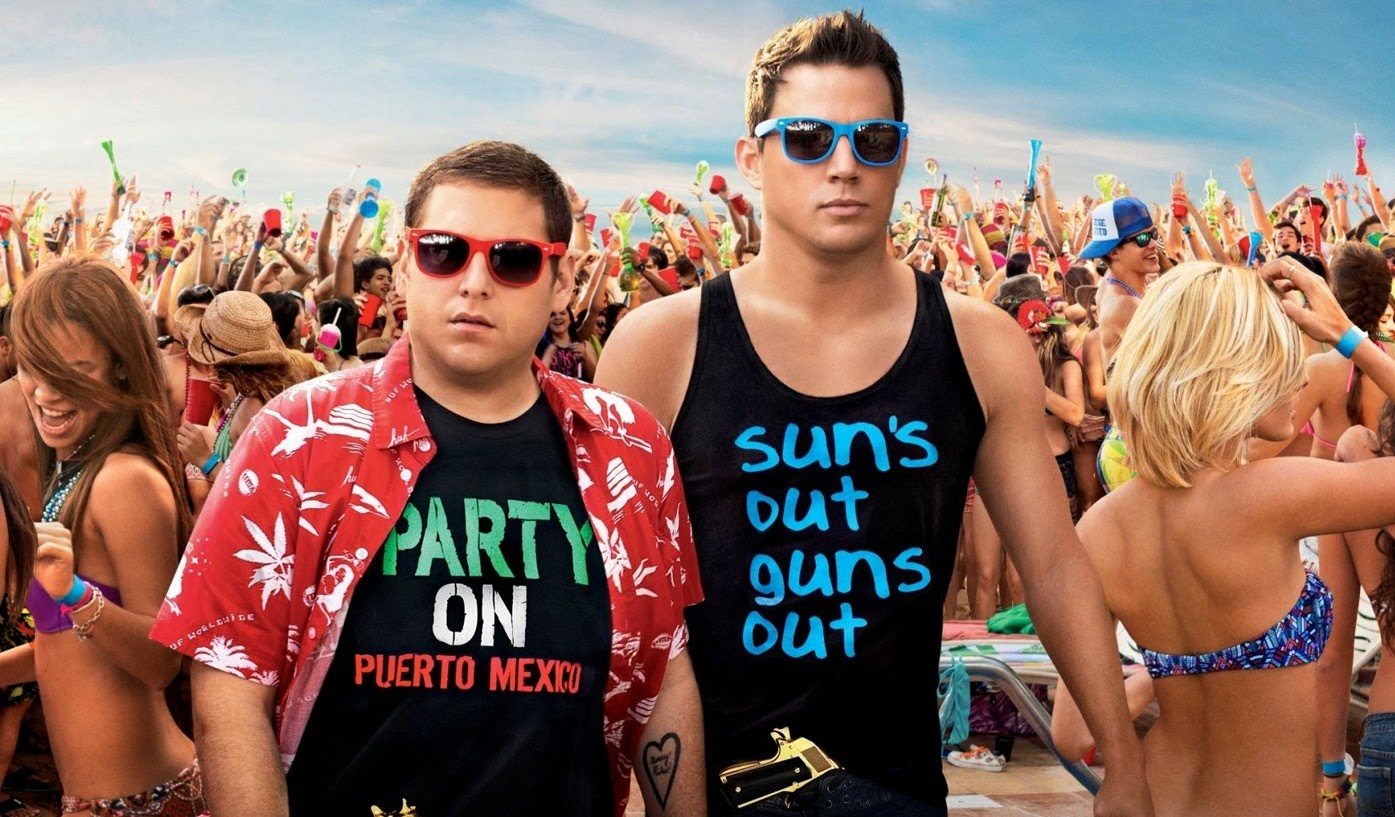