It's another Disney movie starring a young Kurt Russell but this time around he gets a starring role, and a superb job he does with it too.

Russell plays Dexter, a typical high school teen who has a good heart but doesn't apply himself as well as he should. One day he ends up in an accident involving water and a computer (nothing too harmful, this is a Disney movie in which mild electrocution is just a fright as opposed to something potentially fatal) and from then on he is supersmart. He has somehow absorbed the abilities of the computer, much to the great pleasure of his Dean (Joe Flynn). Now he can travel the world and promote the school. He can also pick winners at the horse racing, much to the pleasure of crooked A. J. Arno (the great Cesar Romero). It's not long before the thoughts of just how Dexter's knowledge can be used put him in danger and it's up to his old friends to help save him from being unplugged.

Now I know that this movie can divide opinion. A lot of people can't help but view it with nostalgic fondness while others view it as typical, overly sweet, Disney fare from the era. I never actually saw this when I was a kid so this was my first viewing and I STILL really liked it. Oh, there's no denying that it IS typical, overly sweet, Disney fare from the era but it's also brisk entertainment from start to finish and great family fun.

The cast are all fantastic. Russell excels in the title role and the supporting cast - Joe Flynn, Cesar Romero, William Schallert, Alan Hewitt, Richard Bakalyan, Debbie Paine, etc - all do well with the material, written by Joseph L. McEveety.

Director Robert Butler keeps everything ticking over nicely, after an awful opening credits sequence (the title song is still something that I am trying to scrub out of my mind), and the film has a great mix of breezy fun, mild tension in places and, of course, life lessons.

I was going to end this review by explaining how the film works better as a mix of sheer entertainment and also a bit of a "time capsule", I was going to say that the movie doesn't stand up when compared to modern family movies but that it is still a bit of fun you could happily watch on a rainy afternoon. Then I realised that I was about to lie. The film may have that "time capsule" element to it but it also easily stands up alongside any other family movie you could choose to watch. There will, of course, be some better than this movie but there will also be a lot that just aren't as much fun. This is, thanks largely to the cast and the high concept, a solid piece of entertainment. 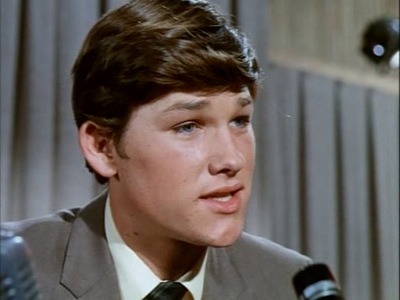