Well, brace yourself for some very surprising news because this Amityville sequel is almost, ALMOST, an entertaining movie. Compared to the two crap movies that preceded it, it's a veritable masterpiece.

Stephen Macht plays Jacob Sterling, a man who unwittingly brings a piece of Amityville horror into his home when he brings a large clock back from one of his many work trips. Things quickly start to become quite strange for Jacob, as well as for his son, Rusty (Damon Martin), and his daughter, Lisa (Megan Ward). When Jacob is savagely attacked by a neighbourhood dog he has to rest up at home and enlists the help of his ex-girlfriend, Andrea (Shawn Weatherly), which adds further tension.

I'm not going to try and tell anyone that this is a great movie. Because it's not. But I will try to tell people that this is a good movie. It has lots going against it, the actors aren't the best in the world and the script by Christopher DeFaria and Antonio Toro isn't that interesting, but director Tony Randel also paces everything perfectly and includes that savage dog attack, a transition from plain Jane to sexy siren for Megan Ward and one or two decent moments of gory fun.

None of the leads - Macht, Martin, Ward, Weatherly - are unbearably bad, it's just that they're not all that great either. Jonathan Penner and Nita Talbot do a bit worse because they're given some more outrageous moments but this is compensated for by a very brief cameo from the great Dick Miller.

So, basically, this is far from the worst movie with the Amityville name attached to it. Which isn't saying a lot, I know, but it's not a bad little chiller. 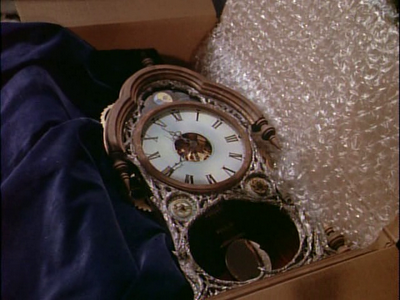