I don't know if I am just getting easier to please after enduring the awful fourth and fifth movies in this franchise or whether things genuinely picked up slightly in the early 90s but this is another Amityville movie that I actually quite enjoyed. In fact, it was pretty good and I'd even consider rewatching it.

Directed by John Murlowski, and written by Christopher DeFaria and Antonio Toro (who also wrote the instalment before this one), Amityville: A New Generation once again uses the plot device of an object from the old house ending up elsewhere and causing a lot of trouble. This time it's a mirror.

Ross Partridge plays Keyes, a young photographer who ends up being given the evil mirror by a homeless man that he photographs. Of course, he doesn't know that it's an evil mirror. It's just a mirror with a strange, ornate frame. Perhaps a number of bizarre deaths that occur to those in contact should raise suspicions but, of course, it still takes a while for Keyes to realise the truth, a truth that reveals how Keyes coming to own the mirror was more than just random chance.

It's standard nonsense, really, but it benefits from some good pacing between each of the set-pieces, a finale that is as loony as it is surprisingly interesting and a cast full of genre movie favourites - David Naughton has a decent role, Robert Rusler plays an asshole, Richard Roundtree is good to see but doesn't get much screentime, Terry O'Quinn is the man investigating the strange circumstances and Lin Shaye puts in another of her small but memorable roles in this kind of fare.

The death scenes are decent and the ridiculous plot developments are teased out in a way that makes them a bit easier to swallow. Take a moment to think about it all, however, and it quickly becomes apparent just how silly it all is. Thankfully, that doesn't need to happen until the end credits roll because Murlowski keeps things moving along nicely from start to finish. There's some fleeting nudity, decent effects, a flashback or two and a recurring surreal nightmare for the main character. Which makes it hard to hate. 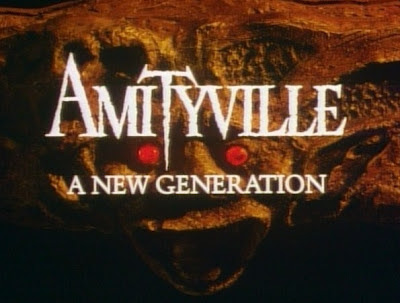