Well, well, well, if I thought that the third Amityville Horror movie was bad I should really have reserved my final judgment until seeing this film and, indeed, the sequels that would come after it. I'm now quite apprehensive about my future visits to Amityville but I've started so I'll have to finish. It's my OCD and if things just keep getting worse and worse well . . . . . . . . maybe I'll save some other poor soul from my fate and it will all be worth it.

As you might have guessed from the title, Amityville: The Evil Escapes, this movie relocates the horror of the first few movies. The evil from Amityville does, indeed, escape. But how would it make such an escape? Possessing an unsuspecting visitor? Staying indoors while some rich ghosthunter moves the entire house across the country? A portal of some kind? No, the evil essence of Amityville puts itself into a . . . . . . . . . lamp.

It's hard to take a horror movie seriously when the main icon of evil is an upright lamp so fair play to writer-director Sandor Stern (and John G. Jones, who wrote the book) for sticking to his guns and providing audiences with more lamp-centric horror than they probably ever knew that they wanted. Of course, the movie is preposterous AND pretty dull and just downright bad. I was initially going to put all of the blame onto Stern but I now feel a bit guilty for two reasons. 1) The man did write the screenplay for the first movie, proving that he could do a good job with the material. 2) He also wrote and directed the excellent Pin (trust me, seek it out if you like great psychological horror).

The cast are no great shakes and don't do anything to help the weak material. Patty Duke, Jane Wyatt, Fredric Lehne (who is saddled with most of the more ridiculous lines), Lou Hancock, Brandy Gold, Zoe Trilling, Aron Eisenberg, etc, all have at least one laughable moment and none of them manage to give solid performances from start to finish.

There's nothing here to make this movie worth a watch. Not even any of the lowest common denominators - gratuitous nudity or excessive gore. Nope, all we have is an evil lamp. Indeed, the ridiculousness of that sentence really tells you all you need to know about the film. 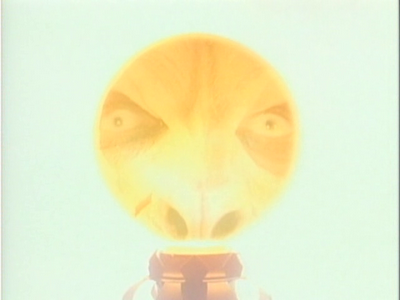