Wow. Another in the long, long line of movies that have used the Amityville name to make some easy money, this is another surprising film due to the fact that it doesn't completely stink. It's not a great film but it's still far from the worst in the series and actually has some decent ideas and individual moments stifled by some weak acting and a sub-par screenplay by Joshua Michael Stern.

As if you didn't realise it, this film centres on a dollhouse that is a miniature of that infamous Amityville home (why the hell would anyone want to make such a thing? Ahaaaaaa, wait and see, wait and see). The dollhouse ends up in the care of a little girl (Rachel Duncan) who quickly starts to notice that something isn't quite right. Meanwhile, the family unit around her gets more and more strained as her father (Robin Thomas) tries to maintain domestic harmony with his wife (Starr Andreef), tries to get on with his stepson (Jarrett Lennon) and tries to keep his own son (Allen Cutler) in line.

Directed by Steve White, Amityville: Dollhouse is nonsense, as most of the later entries in this overlong series are, but it's entertaining nonsense. I mentioned the weak acting already so I won't put the boot in there, nobody is unwatchable but nobody is that good either, but that's overshadowed by a plot that throws in demons, killer insects, that sly and spooky dollhouse and even a zombie. Yes, a zombie.

Many people may think that I'm being too generous to the film by even giving it an average rating but it deserves it. The good stuff and the bad stuff keep popping up in equal measure. There are some half-decent special effects and everything is played pretty straight down the line, despite how preposterous all of the supposed horror elements are.

Of course, the other glaring flaw with these films is just how unconnected to The Amityville Horror they actually are and perhaps that's something to consider when watching each instalment of the franchise. If you don't actually view them as franchise instalments then they can be judged, for better or worse, as individual films that try to scare and entertain viewers. Most of the movies aren't even scary but at least a few of them are still entertaining. 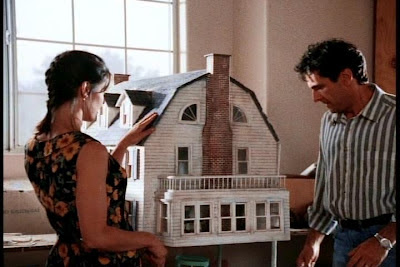