It's a difficult job to follow up a film as impressive and moving as Moonlight but that is the job that writer-director Barry Jenkins has given himself. The fact that this isn't quite as good as that film doesn't mean it's a bad film. Not at all. It just means that it could have been better.

Kiki Layne is Tish Rivers, a loyal girlfriend to her partner, Alonzo 'Fonny' Hunt (played by Stephan James). That loyalty, and her strength, comes to the fore when Fonny is put in jail for a heinous crime that he didn't commit. With the help of her family, Tish does all she can to maintain a good lawyer and work on achieving the break that they need to get Fonny released, hopefully in time for the arrival of their baby.

Perhaps it was inevitable that this would prove slightly underwhelming, because only something close to perfect would rival the previous film from Jenkins, and there's a familiarity to the storyline here that stops it from feeling as unique and vital as Moonlight, but that familiarity is also part of the reason why Jenkins must have wanted to make it. Adapting the book by James Baldwin, Jenkins has another tale full of love and race, but it also has a sense of resignation to it, a sad inevitability as we follow the plight of yet another young black man wrongly imprisoned.

Set mainly in New York of the 1970s, Jenkins does an impressive job of evoking the atmosphere of that time without trotting out the expected selection of tunes and pop culture references, instead painting a much more detailed picture with the attitudes of the main characters and the muted colour palette used throughout.

Layne and James are both very easy to root for in the lead roles, with the former a constant source of quiet strength and dignity throughout and the latter trying to act likewise, despite viewing the world around them with more of a cynical and self-defensive attitude (the difference between the two highlighted as Fonny tells another character about a prospective landlord who was a lot more accommodating before he realised that Tish had a partner). Regina King is the standout, however, as Sharon Rivers, the mother of Tish and a woman determined to do whatever is necessary to keep her family happy, healthy, and safe. The film arguably revolves around one moving scene, featuring King and Emily Rios, and it's a moment that illustrates both great pain and great futility for both women. Ed Skrein is a loathsome police officer, and there are uniformly excellent turns from Colman Domingo, Teyonah Parris, Michael Beach, Aunjanue Ellis, Diego Luna, Finn Whitrock, and everyone else involved.

Despite the romantic notions of the main characters, love cannot solve all problems and overcome all obstacles. But it can make a bad situation more bearable, just knowing that someone who cares for you is always on your side, always has faith in you. Sometimes the doubt and judgement of everyone else in the entire world doesn't matter one bit as long as the contents of your heart and soul are an open book to the one you love, and the fact that Jenkins makes this a clear, positive, message in a story that also focuses on the bias of the American justice system and the way in which so many African Americans can be punished for crimes that police want to pin on any black individual . . . well, that's why it's not a bad film. In fact, it comes very close to being a great one. And I look forward to his next one.

You can buy the excellent Moonlight here.
Americans can buy it here. 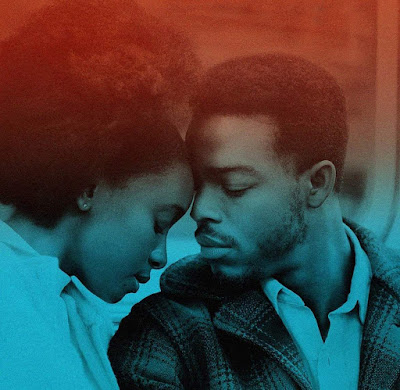