If you mix a little bit of Picnic At Hanging Rock with a little bit of The Devil's Doorway (with which this shares a couple of stars) then you may end up with Don't Leave Home, a horror film that only really falls down by taking a turn in the third act that won't satisfy those hoping for actual horror. It's a more contemplative, mysterious, experience, although still ultimately a good one.

Anna Margaret Hollyman plays an artist, Melanie Thomas, who is struggling to come up with the final touches on her latest exhibition. It's based on a number of children who have disappeared in Ireland, disappearances that have never been explained, and her centrepiece is a sculpture of an area that related to one such disappearance, an area in which a priest painted a little girl, the girl subsequently disappeared, and her likeness was also gone from the painting. Asked to visit Ireland by that very priest, although he no longer holds that position, Melanie takes the opportunity to get away from the stress for a while. She meets Alistair Burke (Lalor Roddy) and his housekeeper-come-assistant Shelly (Helena Bereen), and the quaint charm of the surroundings and solitude soon start to turn ominous and strange.

Written and directed by Michael Tully, Don't Leave Home is an impressively layered horror movie that would actually make a fine companion piece to the previously-mentioned The Devil's Doorway. But watch this one first, and leave the better film until last. Both films have a core idea revolving around children who have been "spirited away" by members of the Catholic church, and both films look at how people deal differently with deeds done that would leave many of us struggling to cope with the guilt.

Everything is helped by the consistently solid lead performances. Hollyman is a good lead to root for, an artist who has been inspired by strange events and then faces someone directly impacted by it. She seems contrite when meeting Burke, apologetic for any pain caused or any inference of blame being apportioned, which gives us enough reason to like her, even as we consider why she didn't give any thought to it sooner. Roddy gives the second great performance that I have seen from him in the past year, and I will happily watch any film that gives him a sizeable role. And then we have Bereen, who is given the more traditional "horror movie" moments, sweet and welcoming to the American guest while obviously hiding some kind of agenda.

The direction, at least for the first two thirds of the movie, is solid. This is a gentle film, a surprisingly moving one, but it also places some effective scares and moments of oddness throughout. Sadly, it all remains a bit too gentle when many viewers may expect it to find another gear.

I recommend this one, it will make you think and it has some lovely moments of atmosphere (as well as those great performances), but it's a shame that Tully didn't find a way to tell the tale in the way he wanted while also ratcheting up tension and dread in the third act. 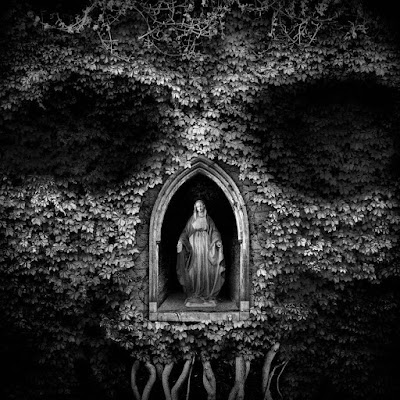