It's really hard to consider how to even begin writing a review of The Nines, a film that is quite often overlooked in the filmography of Ryan Reynolds. It was only brought to my attention just over a week ago, in the midst of an online conversation about Reynolds, and I'm very glad that it was.

Reynolds plays a number of characters, I think it is safe to say that. And all of those characters seem to be going through a bit of a tough time. He keeps meeting incarnations of Melissa McCarthy and Hope Davis, among others, and tries to piece his mind together, while viewers try to figure out just how, if any, of this makes sense. There IS an explanation, and it's probably not one you would see coming.

Written and directed by John August, there's plenty here to mull over as you start to wander deeper and deeper into a story that is either about deteriorating mental health or something less easy to explain. In fact, despite the end of the movie seeming quite clear, I would argue that you could view the whole film as a look at a deluded individual, someone seeing patterns that aren't necessarily there while creating a wild theory to explain everything.

Reynolds is superb in his multiple roles, even better than he was in The Voices (a film that many seemed to love, but I just liked), and he's matched by his co-stars. Davis does well, but it's McCarthy who almost steals the show, mainly thanks to a large portion of the film that sees her playing a version of herself for the purposes of the plot. Elle Fanning, David Denman, and Ben Falcone also do solid work in smaller roles.

August has a varied and interesting filmography, from his short film God to Go and on to the Charlie's Angels movies. This is much more in line with the former than the latter, and allows him to tell his own tale in his own way, rather than take part in the blockbuster machine. The fact that he found some quality names to go along for the ride, and it is a wild ride indeed, is a major bonus.

The technical side of things is a-okay, utilising a few special effects moments here and there when showing cracks in the reality around the main characters but mostly keeping everything grounded by the effectiveness of the script and performances. The dialogue is always lively, with one or two lines that brilliantly punctuate scenes at vital moments, and it's a film that will continue to entertain on rewatch, even if it doesn't become any easier to fully untangle. 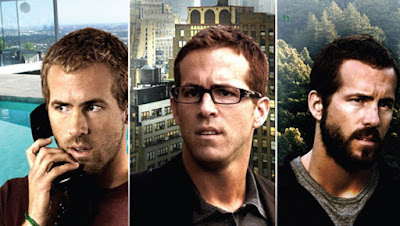