Another day, another film involving a talent that I have forgotten to check out more from. This time it's director Bernard Rose. He may still be best remembered for Candyman (a classic of the horror genre) but has, after a couple of standard period dramas (Immortal Beloved and Anna Karenina), gone on to carve out quite an impressive filmography, often reworking classic literary works (mainly by Leo Tolstoy) and making use of the great Danny Huston.

Bearing that in mind, Frankenstein is exactly what you think it might be. An updated version of the classic tale, starring Danny Huston and Carrie-Anne Moss. Huston is Victor, Moss is Elizabeth, and the two of them are first seen trying to help their creation, Adam (Xavier Samuel), through his confusing and painful "birth". Adam has, essentially, been created by 3-D printing technology. Things don't go too well, leading to the monster being unleashed on an unsuspecting public.

Despite the fact that it is set in the here and now, and the fact that it has occasional moments of squishy violence and bloodshed, Frankenstein is a surprisingly faithful interpretation of the source material. It takes a few liberties here and there, but a lot of the main story beats are in place. You get the monster being cast out, you get an encounter with a little girl who is playing by some water, you get a blind man (Tony Todd) who becomes a friend, you even get an angry mob of locals trying to beat down the creature.

Huston and Moss are both good in their roles, but it's Samuel carrying the film with his portrayal of the scarred outcast who is simply trying to find out where he fits in the world. Samuel may not be perfect, his physique belies the strength that he is supposed to possess, but he does well with a performance that retains the essence of the character without simply mimicking more iconic interpretations. Todd is enjoyable in a rare role that doesn't make him seem menacing or ominous, and Maya Erskine is absolutely wonderful in a small, but memorable, turn as a prostitute named Wanda who is persuaded by Todd to give the monster an experience he will never forget.

It's a shame that I can see this falling between two stools for many people. The revisionism may detract from the impressive way it follows a good number of the main plot points, and the relatively low-budget and unfussy style doesn't get in the way of the better gore gags, but it's up to patient viewers to, ironically, give it some time to find its feet.

The movie can be bought here.
Americans can buy it here. 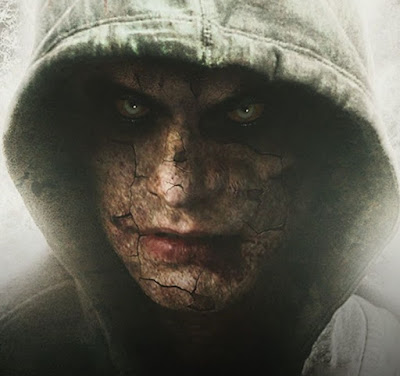