Glenn Miller returns to the director's chair for this third in the loosely-connected Zoombies trilogy, working this time from a screenplay by Marc Gottlieb (from a story idea by Michael Varrati), and it ends up being a slight improvement on the two movies that preceded it, thanks to a more overt sense of humour and self-awareness.

All you need to know is that a batch of infected product has not been properly destroyed, which leads to it being used on an octopus residing at an aquarium. The marine life then start to become zombies, and they're out to feed on the few humans unfortunate enough to be stuck in the aquarium, including Miranda Riley (Eva Ceja), Daniel Hanley (D. C. Douglas), Senator Bailey Blackburn (Anthony Jensen), Dr. Karen James (Madeleine Falk), and a young man named Skylar (Brandon Lee W.) who just happened to pick the wrong day to treat himself to a private aquarium tour.

As well as those mentioned, Vivica A. Fox is probably the biggest name in the cast, playing a head of security who ends up trying to guide others to safety from her own, relatively secure, position. Although she's acting far below what she's capable of, Fox is still a welcome presence, and it has to be said that the rest of the leads do a better job than I expected, helped by the humour of the script. They all play things just right, acknowledging how silly things are while also sometimes being forced into some heroics.

Gottlieb has to hit all the usual beats, and he does so, but he also knows how to fully embrace the potential fun of the variety of marine animals you could find in an aquarium, from the large octopus to crabs, from sharks to starfish, and even a deadly walrus. The film avoids becoming tiresome as quickly as the previous films did because of the way in which Gottlieb mines the situation for infectious chuckles.

Miller doesn't do too much different from his direction of the first two movies, which is understandable. He kept being hired, despite an uninspiring and fairly flat approach to the material. But he manages to not ruin the script too much, which is a positive. Still over-reliant on CGI that isn't up to the task, and without any major set-pieces that make any strong impression, things are easier to accept and enjoy here, especially when you get to the scene that shows starfish attacking everyone.

Those who don't have my compulsion to watch a movie series in order will be happy to know, if this is the kind of thing you can tolerate, that you can watch this without having watched the other movies in this zombie animal series. The one main connection is established in one of the earliest scenes, but it could easily play out as a standalone movie. I still wouldn't really call it good, but it at least aims to be fun from start to finish. Some better CGI, or some (easy?) practical FX work, would have helped it succeed. 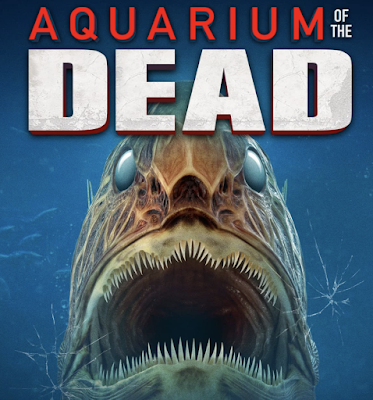