An action thriller from director Roger Donaldson (who has a lengthy filmography that you could call more eclectic than consistent, but is always worth checking out), The November Man makes perfect use of leading man, Pierce Brosnan, and jumps from one set-piece mixing smarts and violence to the next.

The very basic way to explain this movie is that Brosnan plays a retired CIA agent, named Peter Devereaux, who is called back in to service and ends up protecting Mira Filipova (Olga Kurylenko). A lot of people want Mira dead, and the main person heading up the pursuit is David Mason (Luke Bracey), a young man who was trained by Deveraux.

Based on a book by Bill Granger, The November Man is exactly the kind of movie that it shows itself to be from the very first scenes. The wiser elder agent, the hot-headed youngster, some twists and turns, and Brosnan looking unflappable for most of the runtime.

The script, by Michael Finch and Karl Gajdusek, is decent enough. About as predictable as this sort of thing can do often be, it at least feels satisfying by the time things all come together in the finale. You’re not supposed to know who is actually going to be a hero and who is going to be a villain, but you can figure it all out at least a few steps ahead of the main characters.

Brosnan is on good form, even if he is reusing the kind of performance he already did so well in the Bond movies and The Thomas Crown Affair (as well as a few others from the past couple of decades). Kurylenko does well as the woman in peril, I always like watching her onscreen, and it’s an added bonus to watch one era of Bond work with another era of Bond girl. Bracey is also good in his role, being tough and determined to “win” at all costs, but also still weighed down by his connection to Brosnan’s character. Bill Smitrovich, Will Payton, and Lazar Ristovski all do their part in the main plot, playing various authority figures making life difficult for the lead.

Ultimately a bit too similar to a number of better movies, The November Man is still one that I would recommend to people wanting a bit of action couched in a plot attempting to pretend it is a bit smarter than it really is. It’s paced well, Donaldson directs with enough skill and confidence, there are some decent set-pieces, it doesn’t overstay its welcome, and Brosnan is effortlessly cool throughout. 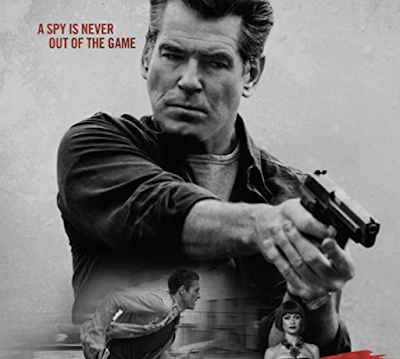