I get it now, I really get it, and I can only apologise to the people I have seen sharing their disappointment of Space Jam: A New Legacy online. Because I replied to a lot of them with a jokey comment about the first film being no classic work of art. It's fun, because what kind of film featuring some Looney Tunes action could possibly not be fun, but it's also a film that holds up best in the recesses of your nostalgia. Maybe the same will be said one day about this film, but I doubt it.

The very basic plot concerns LeBron James and his son, Dom (Cedric Jones), being sucked into a main server by a Warner Brothers algorithm, Al G. Rhythm (Don Cheadle). Al wants to create a team around Dom that will take on his father at basketball, and that will be the Goon Squad. Meanwhile, LeBron ends up enlisting help from the Looney Tunes. And the scene is set for a basketball game that plays by videogame rules, with power-ups and special score boosts available, while a crowd of characters from various Warner Brothers properties look on. Not exactly the ones we know and love though. You see Batman, Robin, Pennywise, The Penguin, an agent from The Matrix, and many more. But they're the versions you'd get if you hired people from a look-a-like agency.

There are too many people involved in the writing of this mess to make it worth my time to name them all, which saves me time and spares their embarrassment, but director Malcolm D. Lee is responsible for trying to mix all the ingredients into one enjoyable bit of junk food. So you get the star power at the centre of it all (LeBron, his acting skills and charisma far below his basketball skills), you get a decent mix of musical score and one or two new pop songs, and you have the Looney Tunes doing their thing, which is the absolute highlight.

Another highlight is Cheadle, who has a whale of a time in the role of the villain. He and Jones are the only human stars who get a chance to have some decent moments onscreen. Otherwise, the real stars here are Bugs Bunny, Daffy Duck, Porky Pig (who drops a cringe-inducing rap at one point), and the rest of the animated gang. Which is a plus.

Some people are saying that people are missing the point if they don’t realise that this is aimed squarely at younger viewers. Unfortunately, that isn’t true. Warner Brothers is trying to entertain younger viewers AND cash in on the nostalgic love for the original that many movie fans of my age may have. That leaves it stretching too far for almost every gag. A reworking of the opening of The Matrix? Having both The Iron Giant and King Kong in the audience? A Back To The Future reference? Throw in that Pennywise inclusion, as well as characters from the likes of Game Of Thrones and other more adult-oriented properties, and it is clear that WB just wanted to throw absolutely everything into the mix, giving themselves a family flick with a crossover appeal to those who enjoyed the overstuffed set-pieces in Ready Player One. The only main difference, and big problem, is that Ready Player One was a story about someone sharing his nostalgic love for ‘80s pop culture. This isn’t, yet it plays out as if it is.

I had a few chuckles while waiting for the predictable finale, anything with Bugs and Daffy will at least slightly amuse me, but this is a massive disappointment. Not that I was expecting a masterpiece, but I didn’t have expect it to be so completely unnecessary. Bonus point for one of the most fun cameos I have seen in a while though, even if it was obvious as soon as it started being built up. 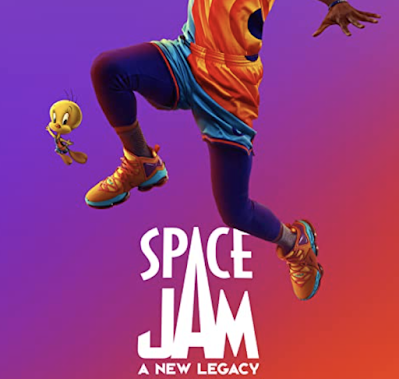