Co-written and directed by Christopher Landon, the man who gave us the enjoyable Happy Death Day movies, Freaky is a similar fun mash-up of slasher movies and something, well, very much not a slasher movie. This time around you get some body swap shenanigans with your slasher antics.

Vince Vaughn is the killer, The Butcher, and we first see him deapatching a group of teens in entertainingly varied ways. An encounter with Millie (Kathryn Newton) and a magic knife leads to a lot of confusion when the killer wakes up in Millie’s body, and Millie is suddenly confused about why she is suddenly an adult male. Can she convince her friends, Nyla and Josh, that she is not actually The Butcher. And can she stop the killer, now able to mingle with a whole school full of potential victims, from committing a bloody massacre.

The best thing about Freaky, similar to Happy Death Day, is the way in which it so successfully mixes the slasher movie moments with the high concept. You have lots of scenes that are simply fun, and both Vaughn and Newton have a blast portraying one another, but you also have some inventive, and impressive, kills. Things are so well put together that I didn’t even mind the lapses in logic.

Landon directs well, and he certainly keeps things moving briskly enough that the 101-minute runtime never drags, and the script, also worked on by Michael Kennedy, instinctively knows how to make the most of the body swap potential. It isn’t as strong elsewhere, particularly in a strand that explores Millie’s strained relationship with her mother, but it at least has the sense to minimise any time not focused on the central cat and mouse element.

Vaughn and Newton are both excellent in their roles, with the former arguably best in that silent opening sequence (why has Vaughn so rarely been used for characters with real darkness in them?) and the latter allowed to gain a cool “no fucks given” attitude as soon as she gains the soul of a killer. Celeste O’Connor is fine as Nyla, and Misha Osherovich provides a lot of laughs as Josh. Dana Drori and Katie Finneran are just fine in their roles, Drori as Millie’s sister/local Police officer and Finneran as the mother with a drinking problem, and Uriah Shelton is cute enough as the boy that Millie has a crush on.

Not AS good as the Happy Death Day movies, mainly due to the fact that the character change is instant, for obvious reasons, rather than a journey that shows real growth, this is still a great slice of funny, gory entertainment. It also has at least three superb, and memorable, death scenes. And Alan Ruck brilliantly portraying a teacher who is quite a douchebag you want to see unwittingly piss off a serial killer. 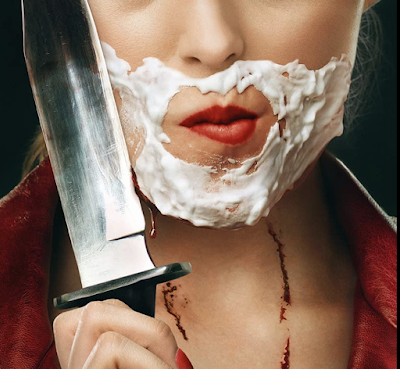