Here we are, the third and final part of the Fear Street trilogy (or, perhaps, the first of a number of film events adapted from the R. L. Stine books). I'll try to avoid spoilers, although I advise that you have at least seen the previous two films before reading this review.

Following on immediately from the end of the second film, Deena (Kiana Madeira) finds herself in the body of Sarah Fier in 1666. We already know the fate of Sarah Fier, which makes almost half of this film seem a bit redundant. There are one or two twists, but they're not executed well enough to make this an instalment that is even on a par with the previous two films. And the last 20-30 minutes whisk us all back to 1994 for an enjoyable, if altogether implausible, finale.

Where to begin here? Let's start with a compliment. Director Leigh Janiak, who was this time joined in the writing department by Kate Trefry, as well as a returning Phil Graziadei, does a decent job of making this consistent in the way it has one main tale to focus on and the overarching storyline that links all three movies. The production design is decent, and there are some nice shots here and there, particularly in the finale. And I still like Gillian Jacobs, who returns for a very small amount of screentime.

That's about it for the good stuff.

Taking the main action back to 1666 means that everyone has to try on an accent. If you thought some of these cast members weren't that great in the 1994 instalment then you're going to tear your hair out watching them pretend to be in 1666. Madeira is, once again, a disappointingly weak lead. And there's no relief this time around, with her character remaining the focus for the majority of the film. Olivia Scott Welch is just fine, but given a lot less to do (in terms of characterisation), and Ashley Zukerman at least gets to have some fun with his role this time around, coming to the fore as the story fully unfolds. Sadie Sink and Emily Rudd are both underused, while McCabe Slye is annoyingly overused (playing a drunken villager who can see signs of evil everywhere and helps agitate people to find a scapegoat and punish them).

I'm not sure if things are a lot clearer in the book(s), but a big problem with Fear Street Part Three is the way things seems to work against the rules that were previously established. The twists and turns may be interesting, to some degree, but they also make you rethink previous situations and wonder why certain moments played out as they did. I might have missed a detail here and there, admittedly, but I don't believe this script holds together as well as any of the others. That applies to a moment in which someone is accused of evil deeds, despite being able to lead everyone directly to an "altar" that would at least cast doubt upon their guilt.

The very end saves it. It still doesn't make as much sense as it should, but it's at least fun, and goes back to the neon-lit mall where we started this journey. You also get some timely music tracks once again, just in case you forget that it is 1994 within minutes of a title card explicitly stating that we're now back at 1994.

This has been a fun way to draw out the experience, overall, but I have to say that this third Fear Street movie is easily the weakest of the three. It lacks the fun of the previous films, for the most part, and also lacks the smarts. I know that some will disagree with me on the notion of the previous two movies actually having smarts, but they did. There was intelligence and decent internal logic there. This film reminds you of that fact, because of it lacking both. 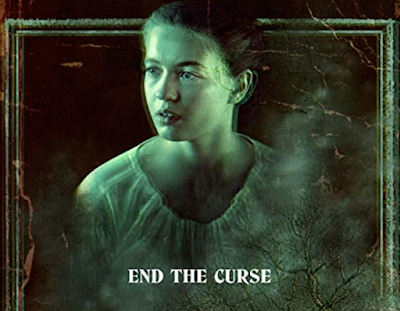