I've only seen one other film from writer-director Ivan Kavanagh, but that film is one I still praise to this day, the superb psychological horror The Canal. Seeing his name pop up at the start of Son immediately piqued my interest. I had no idea what the film was actually about, although knowing what you're getting into isn't necessarily a bad thing, certainly not in this instance anyway.

Andi Matichak plays Laura, mother to a young boy named David (Luke David Blumm). When she is disturbed one evening by a number of people seemingly standing around David while he sleeps, Laura calls the police, which is how she comes to meet an officer named Paul (Emile Hirsch). As nerves start to abate slightly, David then falls into a disturbing physical state, becoming ill in a way that mystifies the nearby hospital and staff. Laura will do anything to make her son better and keep him safe, but that may mean confronting her troubled past, including David's father.

Although it starts off with more than a little sense of mystery, Son is a film that very quickly puts its cards on the table. It actually sits comfortably within one particular subgenre, although fair play to Kavanagh for dressing it up in a way that allows it to feel a bit removed from the norm for a number of scenes. Once the end credits roll, it's not hard to think back over what you've just watched and evaluate it entirely as another psychological horror, especially when you consider the delicate mental state of the main character through most of it.

Matichak is a very solid lead, and gets to show off even more of her talent than she did in Halloween (2018). It helps that she also works well with young Blumm, who has to spend a number of scenes ensuring he looks ill and in the midst of numerous throes of pain. Hirsch is required to do the least of the three leads, and he works better when alongside the other two than when separated from them, but he's perfectly fine in his role. It is, however, the only recent role of his that I could easily imagine being better with someone else in his place. Hirsch is someone I enjoy seeing onscreen, but he does better portraying characters who can still have a bit of naivete about them.

Sadly, Kavanagh makes things a bit too unambiguous and obvious early on, something that he then continues to do right through to the very end of the film. That's a shame, and it's a misjudgement on his part that stops the film from ever being as good as it could be. Despite his best efforts, everything feels predictable and slightly disappointing when you realise that there aren't going to be any major surprises. Mind you, it's definitely not a bad film, and I still look forward to seeing Kavanagh's name appear on anything that I check out. 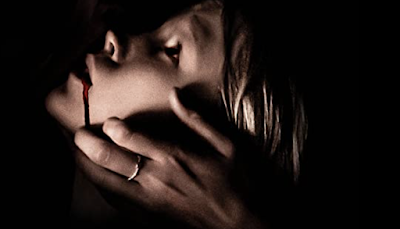