I've generally been a fan of The Purge movies, although it's quite telling that I can't really remember anything that happened in The First Purge (I'll have to rewatch it some day, but I cannot bring myself to do it just yet). The films have always been most fun when they blend the thrills and tension with unsubtle commentary on the class/wealth divide in America.

The Forever Purge, as the title suggests, depicts a world in which some people don’t want to leave the crime and killing to just one night a year. Emboldened by their activities, and finding others like themselves, a group of violent racists want to keep the ball rolling as they see a chance to purify America into their vision of a supreme nation.

Once again written by James DeMonaco, this time it is Everardo Gout directing. Gout does well when it comes to making the most of the budget, something this film series has generally done well with in every instalment, and he films the few small set-pieces well enough. The main problems come from DeMonaco’s script. More on that in a little while.

Cast-wise, the main characters are played by Ana de la Reguera, Tenoch Huerta, and Josh Lucas, none of the characters really stand out, certainly not for the right reasons. Every main character here is absolutely defined by their race and class, or their unpalatable attitude to people of different races and classes. And you have Will Patton being as good as he usually is, which makes it more annoying that he is onscreen for a mere few minutes of the screentime.

Unfortunately, nobody really gets a chance to do any decent work, hampered by the shallow characterisations and clumsy dialogue. What could have been a decent expansion of the movie world ends up weak and implausible, from the relations between the different characters to the way we are supposed to believe that gun-toting Americans would band together and help protect people from other gun-toting Americans. Sorry to say it, but recent events have shown what the general public, not just Americans by the way, will put up with if it keeps themselves safe and comfortable.

None of this would be as hard to accept if the moments of vicious nastiness were more impactful, but they aren’t. What should have been a bleak and bloody adventure ends up as just a tame fantasy, limping along to an ending that feels like a groan-inducing punchline. Maybe they should be ready to call the next movie, as there IS going to be a next movie, The Final Purge. 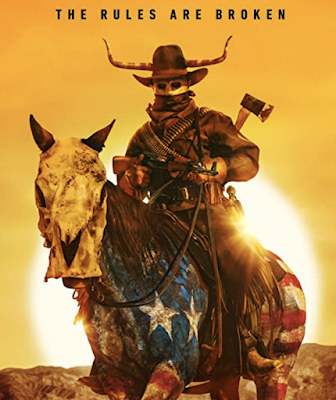