A secret research facility, a deadly outbreak that needs to be contained in order to keep the world safe, a scientist working with one or two trusted individuals in a race against the clock to figure out exactly what went wrong and how to fix it, The Superdeep could easily have been a simple and entertaining horror movie. Throw some Umbrella logos around and it could have been an interesting instalment in the ever-growing world of Resident Evil. Instead, it decides to take things in a potentially more interesting direction.

Milena Radulovic is Anya, an epidemiologist who ends up requested by a Colonel to join a party of people heading to the Kora bore hole, which is the site of an underground research facility. It soon becomes clear that things have gone very wrong, and there's something deep underground that is fatal to anyone not taking the relevant precautions. Anya struggles to figure out how to best deal with the situation, caught between some wary soldiers and one or two scientists who seem reluctant to share everything they know.

Written and directed by Arseny Syuhin, making his feature directorial debut, it seems a bit unfair to rate The Superdeep entirely on what was delivered onscreen. Because what is delivered onscreen, for us UK viewers, is a disappointing dubbed version. The dubbing isn't terrible, in terms of often matching the words to the mouth movements, but it feels very monotone throughout, and gets in the way of the performances. Nobody here is doing great work, yet it's hard to really judge their performances while they're being weighed down by that poor dubbing. Radulovic is a good lead, I can at least say that much, but there was nobody else in the cast that stood out to me.

What does stand out here is the main idea, something I won't reveal here. It's a good way to create some familiar horror movie moments with a twist, and allows Syuhin to feel more confident as he packs in plenty of homages to some influential works that wander through zombie and/or body horror territory. There's nothing wrong with a lot of homages, especially when they are as well done as they are here. What Syuhin gets wrong is the pacing, which feels even worse when the characters are so thin and hard to care for.

I'm going to be generous here, putting this firmly in the realm of the average. The negatives outweigh the positives, but I suspect that one of the main negatives (that dubbing) affects everything else more than it should. Trim the runtime by about 20 minutes, and provide subtitles while people simply speak in their native Russian tongue, and you'd have a cracking little horror that provides a decent twist on material that we've seen many times before. 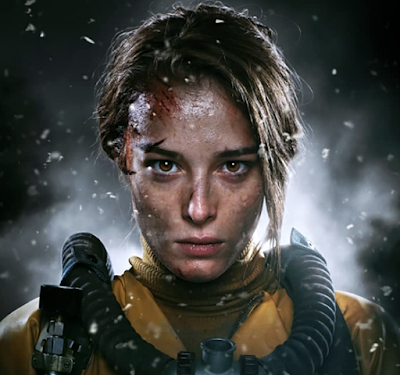