Although it's a mix of The Signal (2007), Slither, and any film that has "*insert noun" from hell" as a title, Rot does something a bit more interesting with the idea at the heart of it. It's not entirely successful, mainly due to the cast of characters that you never really feel you get to know, but it deserves credit for trying to do something different. And certainly gets a bonus point for a final sequence that will surprise most viewers.

Kris Alexandrea is Madison, a young woman who breaks up with her boyfriend, Jeff (Johnny Kostrey). Jeff doesn't take things well, especially as he was planning to propose to Madison. Unfortunately, this all coincides with Jeff being on the receiving end of a strange infection, the kind of thing that will help him impact Madison's life by working his way through many of her friends, either converting them to his cause or violently dispatching them.

Written and directed by Andrew Merrill, making his feature debut after working on numerous shorts for a decade or so, Rot is, on the one hand, a simple virus horror. On the other hand, however, it's a smart metaphor for the ways in which relationship break-ups can completely change your life. The different side of someone that you see when they're hurt and lashing out, the ways in which friends often immediately pick a side, either consciously or subconsciously, and the moments that have you feeling as if your recent past has turned into some kind of treacle flooring you keep having to battle through in order to progress towards a new future.

It's a shame that the cast aren't treated better by the script, which has an unfocused and meandering approach to the material, even as things start building towards that out-there finale. Alexandrea often feels like a very passive lead, despite the fact that the first half of the film shows her being pro-active with circumstances that she changes for the better. Kostrey gets the opposite end of the spectrum, although the fact that he seems far too aggressive in so many scenes is sadly spot on for the kind of boyfriend that he's portraying. Many will recognise his bad traits, even before they are amplified and used for more traditional horror moments, and that's another plus for the film, but it leaves Kostrey without any real room to show any other aspect of a main character. Everyone else is too easy to forget until they are involved in confrontations, and a small role for Eileen Dietz is at least enjoyable for the fact that you get to have another film credit for Eileen Dietz.

Although Merrill tries to balance out the horror elements with the exploration of a relationship break-up going from bad to worse, he's not entirely successful. It's a script problem more than anything else though, and he does well to make up for that with some scenes that are so effectively creepy and disturbing, especially considering the fairly low budget. Definitely someone to keep an eye on, and Rot is worth your time, even if it probably won't become a new firm favourite. 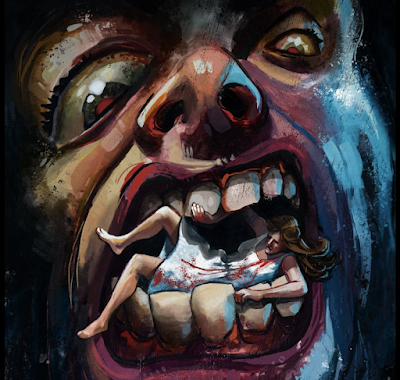