Directed by Renny Harlin and written by J. S. Cardone, The Covenant is a fun and vapid tale of young sorcerers battling one another as they face a major threat on the way to gaining their full powers once they reach adulthood.

An opening text tells you about the Sons Of Ipswich, descendants of the most powerful families in the area they live, gaining powers at the age of 13 before they fully “ascend” at the age of 18. Caleb Danvers (Steven Strait) is the nominal leader of the four young men, and he is the first one due to turn 18 soon. There’s jealousy and anger in the group, especially when some misuse their power, a power that is addictive and damaging, and things get more strained with the arrival of two newcomers, a young woman (Sarah, played by Laura Ramsey) and a young man (Chase, played by Sebastian Stan). And someone is using powers to cause trouble, but who is it?

Harlin is someone I have mentioned before as a director who consistently delivered fun movies for a number of years before then losing his touch and helming movies that felt far removed from his better outings. As much as many may deride, and even hate, The Covenant, I have always thought it was a blast. Cardone’s script is predictable and just the right level of silly, taking time, for example, to allow the main characters to shout “Harry Potter can kiss my ass” as they take their car up in the air while they evade police. It will make you cringe at times, but it's better than any script used in Cardone's own directorial efforts, I can tell you that much.

The cast are all attractive youngsters, picked for how they look in the different groups, and probably how they work in scenes that have then shooting balls of energy from their hands (a special skill that Strait also displayed in the enjoyable Sky High). Nobody stands out, not even Strait or Stan, but they fit perfectly with the cool and glossy aesthetic of the movie. It may be a film with supernatural moments dotted throughout almost every scene, but this is not aiming to create any scares. Thrills, yes, but no scares.

There’s an energetic soundtrack, ready to pop up whenever it takes Harlin’s fancy, the CGI isn’t too bad, masked by the blue/grey colour scheme a lot of the time (it isn’t great, but it is serviceable), and you get decent pacing from start to finish. It is a teen movie, unashamedly so, and definitely aiming to appeal to people who have enjoyed the massively popular hits of supernatural pop culture touchstones from the past few decades (Potter, Buffy, Charmed, Supernatural). It doesn’t even entirely work in that regard, yet it makes itself almost impossible to find boring and unlikeable. Which is a statement I know will just encourage responses from anyone who found it boring and unlikeable.

I have watched this a few times over the years. I would happily watch it again. I know I am in the minority, but this is my review and I’m not suddenly going to start to pretend that I have any sense of shame. 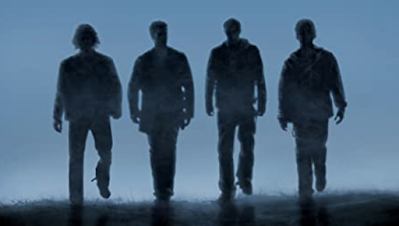