Leigh Janiak is once again directing this second instalment of the Fear Street trilogy, but it's Zak Olkewicz responsible for co-writing the screenplay with her this time around. Following on from the events of the first film, our leads end up at the home of C. Berman (Gillian Jacobs), someone who previously survived an attack from the witch Sarah Fier. A tale is told that takes us back to a summer of 1978 at Camp Nightwing.

Emily Rudd is Cindy Berman, a well-behaved and ambitious young woman at the camp, committed to completing tasks like cleaning the outhouse, with her boyfriend (Tommy Slater, played by McCabe Sly). Cindy's younger sister, Ziggy (Sadie Sink), isn't so well-behaved, and she's clearly getting a tough time from some of the other kids. But it turns out that she has an ally in the shape of young Nick Goode (Ted Sutherland). To cut a long story short, blood is spilled, the spirit of Sarah Fier grows restless again, and someone is turned into a mad axe murderer, looking to hack their way through camp and kill off every Shadyside kid that they encounter. Cindy and Alice (Ryan Simpkins), a close friend she grew apart from, end up stuck in a strange area that spreads out under the camp. They need to find a way out, but they also want to find a way to stop the killing, and/or stop the curse.

So, as you may have guessed, Fear Street Part 2 is basically a very familiar campground slasher movie, with nods to so many others coming thick and fast in every scene. The main characters are fine to spend time with, the rest of the plot is finely balanced between adding more to the overarching storyline without getting too much in the way, the kills are decent, if lacking any creativity, and there’s a decent twist before the end credits roll.

Janiak proves a good pair of hands once again, shamelessly revelling in the straightforward moments that could easily have been lifted from any Friday The 13th movie and circling around in ever-decreasing circles towards an ending that has to set up the starting point of the third, and final, instalment. The script does what needs to be done, weaker in the character development side of things (but what slasher isn’t?) while easily wandering from one plot point to the next, with an axe swing here and there to spray blood everywhere.

Sink and Sutherland work well together, Rudd and Simpkins also do good work, and Sly does well with the mean expression he has to plaster on his face for most of the runtime. And the other main character, yet again, is the overstuffed soundtrack, this time playing a selection of tunes from the seventies.

If you liked the first part of the trilogy then you should enjoy this one. It is fun, nothing more and nothing less, and it will be interesting to see if the final instalment manages to be just as entertaining. 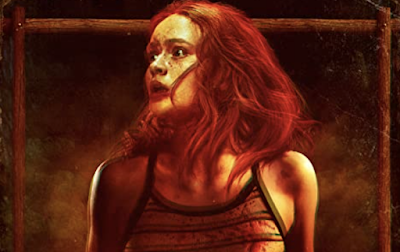