Writer-director Neill Blonkamp is back, this time with a film purporting to be more of a horror than his usual sci-fi fare, but don’t be fooled. This is actually the kind of lame blend of horror and tech that would appear throughout the 1990s, usually revolving around someone using a chunky computer and cumbersome headset.

The basic plot concerns Carly (played by Carly Pope), a woman who is asked to visit her comatose mother (Nathalie Boltt). Her mother was imprisoned for some major incident years ago, which means that Carly isn’t really that bothered about checking on her health. There’s been a breakthrough though, a way for Carly to effectively enter the mind of her mother and communicate with her. Carly seeks closure, but what she sees and hears ends up providing more questions than answers. Just what exactly ended up driving her mother to commit her crime, and is it something that can still affect Carly?

There’s no way to tiptoe around this. Demonic is terrible. Blommkamp has been on a steady downward descent since his superb debut, District 9, but this is, for now, his nadir. A horror movie with no tension or scares, but with a pinch of preposterous sci-fi to take the plot wherever Blommkamp wants it to go.

The script is terrible, which is the biggest hurdle to overcome. The fact that Blommkamp clearly believes in his own material makes you realise early on that it’s not going to be surmountable. Familiar moments crash against one another, despite the new set of clothes draped over everything, and the premise feels half-baked throughout. “Rules” are laid out, or so it seems, only to be cast aside later, when those restrictions need to be undone.

It doesn’t help that the central cast aren’t as strong as they could be either. I wasn’t a big fan of Pope or Boltt, and Michael J. Rogers, Chris William Martin, and Terry Chen are stuck with characters who simply aren’t interesting enough for them to make any decent impression. They’re all collateral damage, unable to fight against the material they are stuck with, and I doubt a stronger cast could have done enough to majorly improve things.

Trying to pass itself off as something refreshing and new, Demonic is actually, sadly, worn out and tired by the time the very first scene has played out. Nothing stands out, unless it is for all the wrong reasons, from the score to the editing, from the production design to makeup and effects. While the budget may save it from being alongside the worst of the worst that I have seen, it is undeniably dull, dumb, and just quite terrible. 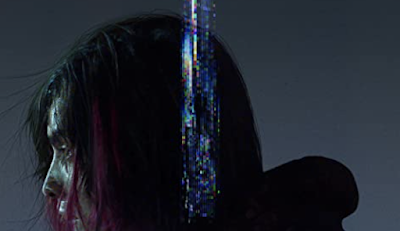