There’s the germ of a good idea in Black Box, but the biggest problem it has is that you could easily imagine it being handled so much better in an episode of Black Mirror, and at half the runtime.

Directed by Emmanuel Osei-Kuffour (who also co-wrote the screenplay with Stephen Herman), I will state clearly now that nothing here made me eager to seek out other films from him. This film is pedestrian, at best, and shows how to mishandle a concept so badly that it wrings every drop of potential interest out of it before serving it up to audiences. It’s like a plate full of chicken and veg that has had all flavour boiled out of it.

Mamoudou Athie plays Nolan, a pained man trying to carry on with his life after an accident that affected his memory and led to the death of his wife. He is supported by his young daughter, Ava (Amanda Christine), with the two of them digging deep into reserves of strength to keep muddling forward. One doctor (played by Phylicia Rashad) has a new procedure that may help Nolan tap into all of his memories. But it soon becomes clear that it is bringing out a very different side of him.

If a director and writer work with a team of talented people to create a film that is their finished work of art then Black Box is a canvas lazily covered in magnolia matt paint. It is that dull, despite having the potential to go in a number of different directions. Don’t get me wrong, there are a few decent moments here and there, and one or two intriguing ideas, but the film seems determined to leave them just hanging there, like laundry on a washing line that has been forgotten about for days.

Athie does well enough with what he’s given, and Rashad is a fairly standard “obsessive scientist” type, but they are seriously hampered by the ways in which the script has to make them deliberately dumb to keep the plot moving along. Christine comes out of this best, her character being smart, strong, and sweet, a real highlight in a film with too few of them.

It’s all competently constructed, and technically fine, and the third act really drags you into a situation that quickly becomes more intense and uncomfortable. But this is a thriller that fails to thrill, fails to make you think enough about the elements being moved around in the plot, and simply fails to properly do anything that it should have easily managed. 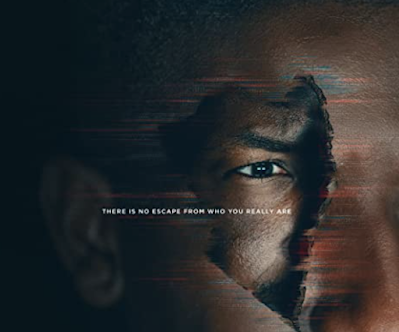