There’s an idea here that could have been developed into a good movie, but let me quickly state that this is not a good movie. Social commentary that falls flat, slasher movie moments that fall equally flat, Initiation is just a huge missed opportunity that seems too focused on depicting social media and shared text messages onscreen.

The ball really starts rolling when a young woman, Kylie (Isabella Gomez), ends up in a room full of young men, including Wes Scott (Froy Gutierrez). Taken home by a friend, Ellery (Lindsay LaVanchy), who also happens to be the sister of Wes, Kylie starts to worry the next day about just what may have happened.  It may be tied to a horrific “game” that the males play once a year, marking their victims out online with an exclamation mark, and Ellery has to accept the fact that her brother is complicit in a sexual assault, unsurprising as he was accused of the same thing just one year before. Then the killing begins.

Aside from the character played by Gomez, nobody makes a strong impression. Nobody, whether they are supposed to be good or bad. I liked seeing Yancy Butler and Lochlyn Munro, but just because of the recognition factor, nothing to do with the characters they play. One of the other main actors shared a surname with the director, which I suspect explains his inclusion, and I think that sums up the approach to making this. It feels like a group of people who were lucky enough to get a budget allowing them to turn their pet project into a feature.

It may not be entirely bloodless, but Initiation will certainly disappoint anyone seeking it out as a standard slasher. The runtime clocks in at just under 100 minutes, and the first half really drags. Absolutely nothing stands out, except the staggering ability the film has to have nothing standing out.

Lacking any courage, in terms of both the commentary on culture and the “boys will be boys” mantra that has people overlooking so many serious assaults and in terms of standard slasher movie fare, Initiation is so weak that it has me hoping those involved work with much stronger individuals, or people with much clearer vision, on any future projects. This is an initiation to avoid. 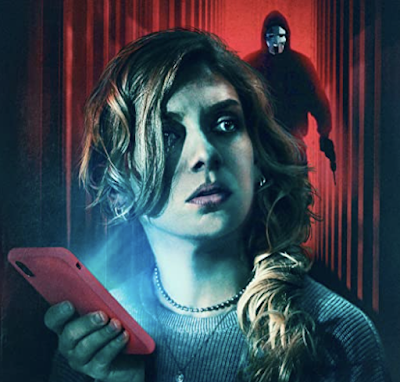