Writer-director John Williams has an anthology horror movie coming out soon called Tales Of The Creeping Death, and I am keen to see what he can do in that format. That is despite the fact that he has, with There’s Something In The Shadows, delivered one of the very worst found footage movies that I’ve ever seen.

There are good elements here, if they were separated and placed in a movie that had any way to use them coherently. First of all, the main cast are a group revolving around someone who presents YouTube videos of his investigations into supernatural shenanigans. That character is played by John Solomonides. Seems okay so far, right? Then you have the fact that they are travelling to Loch Ness. A found footage movie set on the banks of Loch Ness? I am there. Then you have a theory that a Bigfoot creature may be in that area. Wait . . . what? And there could be portals allowing for these creatures to appear, as well as causing other strange phenomena.

If you read all of the above and felt the same way as I did about it, you can see why I checked out early with this one. I knew that Williams didn’t care about what he was creating here. He just wanted to throw everything together, get some people acting amongst lots of trees, and move to a third act that makes you wish you had just rewatched The Blair Witch Project instead.

Solomonides doesn’t seem great in his role, but nobody is. They are stuck with the unenviable task of trying to make this nonsense seem even remotely believable. The other main cast members are Pete Bennett, Darren McAree, Williams himself, and Steve Wood. Fair play to them all for doing what is asked of them, considering what is asked of them seems like some kind of elaborate prank to rope them into an abysmal movie.

There’s nothing else to say, other than negative comments. The camerawork gets shakier when Williams needs to hide his extremely low budget, the opening title card even mis-spells the word “amateur” (admittedly, maybe some kind of small gag I just didn’t get), and there is a dummy fall/throw here on par with the worst, and most hilarious, I usually see in Italian thrillers of the 1970s.

As mentioned in the first paragraph, I am hopeful for the next movie from Williams. That at least should feel more like a proper movie, instead of a weekend lark with mates. But I advise everyone to avoid this one completely, with my generous rating simply based on the fact that the second half just managed to avoid being completely boring.

Oh, there’s also a closing credit that somehow made me resent the film even more. Plan a film around the concepts of film-making, not around a gimmick you think could excuse any and all shortcomings. 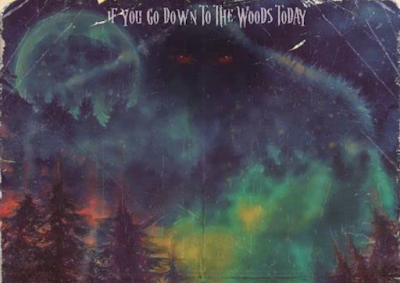