Anyway, I can only delay it so long, let’s get to this film. Joan Severance plays Bridget Gregory, the femme fatale we last saw playing out a very devious scheme in The Last Seduction. She heads off to Spain, connecting with a businessman/crook named Troy (Con O’Neill). She is also being pursued by a detective (Murphy, played by Beth Goddard), hired by the father of the man she turned into her main patsy in the first film.

The last film to date directed by Terry Marcel (and thank heavens for small mercies), The Last Seduction II is a bad film, often amusingly so, but it’s a hell of a lot worse if you have very recently revisited the superb The Last Seduction. Nothing here has the intelligence, wit, or style of the first movie. The script, written by Dave Cummings, is a real mess. It takes some simplistic plotting, tries to cover it up with a mix of characters and random scenes, and fumbles absolutely every aspect. There’s no tension, no sexual chemistry between any of the characters, and no actual entertainment factor here, leaving it a flaccid mess that makes you feel sorry for Severance.

Feeling sorry for Severance is better, I guess, than feeling nothing at all. I have had a crush on Severance since seeing her as one of the main baddies in See No Evil, Hear No Evil (playing someone memorably held “at gunpoint” by Gene Wilder’s erection), but she exudes nothing here that makes her feel like a worthwhile successor to Linda Fiorentino. She is better than O’Neill, but a balloon animal could have been better than O’Neill (he’s just terrible in almost every scene), although he does get an amazing scene that leads to him punching a pregnant woman in the face, displayed in a weird slow-mo way that wouldn’t look out of place in a cheap Turkish rip-off movie. Goddard comes out of this best, simply thanks to her character often appearing to be smarter than everyone else around her, but I would assume this is still unlikely to be a film she parks at the top of her C.V.

Filmed in the exotic climes of Spain and, errr, Wales, The Last Seduction II feels exactly like a film that would use some minimal location shooting and hastily-redressed sets to make you think it is taking place in a hot and sunny environment. It’s a soap opera special, sadly lacking any special guest star or plot bombshell to make it worth your time.

The best thing to remember as the end credits roll? There has so far not been a third The Last Seduction. The fact that there was a second film that didn’t even attempt to rejig the title wording tells you all you need to know before you even press play and attempt to endure this. 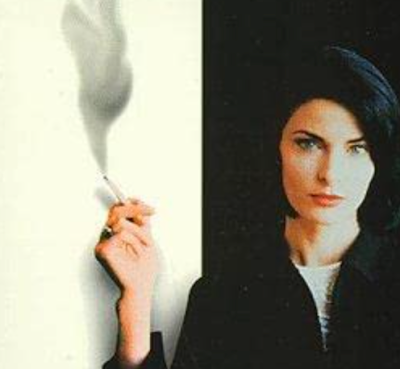