The second film I have seen from writer-director Hal Hartley (with the first being Amateur), I am starting to think that his work may not be for me. I will keep giving him a chance, and two movies from an entire filmography isn’t exactly a massive sample size, but he has a style that never seems to sit comfortably within the boundaries of cinema. Perhaps he’s more of a playwright, which is a great thing to be, but sometimes I watch films that should be plays and resent people involved for trying to force the material to be a film.

Let me clear something up before I go any further though. I did like The Unbelievable Truth. There were some great performances, a brilliant idea at the heart of it (a man returning home after spending time in prison for homicide, being judged by people who don’t actually know what happened), and some individual scenes that are strange, and sometimes fun. It’s just a shame that the more serious moments remain too quirky and almost confrontationally detached from any real emotion. This is the debut from Hartley, and maybe he just wanted to indulge himself, in case it was his only movie. Or maybe, as I suspect could be the case, it is just his style.

Young Audry may want to head off and do well in studies, which will cost her dad plenty, but also has her head turned by the idea of becoming a model. She also has her head turned by a stranger who has come back into town, one with a dark and macabre past. Characters wrestle with their feelings, be they for love or social standing, or both, and viewers are guided along a winding path towards a hopefully satisfying ending.

Robert John Burke is Josh, the man who comes back into town, and he is very good in that role, somehow emanating a sense of both calm and danger at the same time. His character isn’t necessarily a bad person, viewers can only go by what others think, but he is often treated like one. The star, however, is Adrienne Shelly, who plays Audry, a young woman in love with literature and the idea of getting away from home. She also finds herself drawn to Josh. Julia McNeal is Pearl, a young woman who plays an integral role in the perceived guilt or innocence of Josh, Chris Cooke is Audry’s father, Vic, a man very happy to get to a stage where he can make some money from his daughter after spending so much on her for years. There’s also a very fun turn from Gary Sauer as Emmet, a young man who just wants to start a fight with everyone around him.

Hartley writes well, certainly when it comes to depicting young adults navigating their way into the next stages of their life, dangerous terrain that could lead them to promised lands or energy-draining bogs, but he doesn’t write well for movies. Things here feel as if they are taking place in a vacuum, with the world outwith the main characters simply feeling like it’s “offstage”. And every technical aspect of this film, from the camerawork to shot framing, from the music to the editing, feels the same way. It is all beholden to the writing of Hartley, as I am sure he feels it should be. But perhaps he would do better to hand his words over to someone who might not treat them in such a precious way. 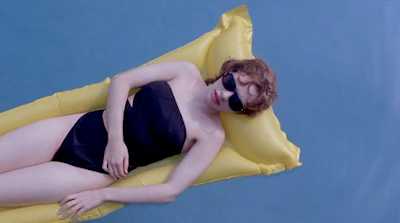