There are some things to consider about the conversations people have been having about Malignant, the latest horror movie from James Wan. First of all, the fact that it is a very divisive film isn’t necessarily a negative. Whether you end up loving or hating this, kudos to Wan for taking such a huge swing with it. Secondly, someone having a different opinion of it does not mean they didn’t “get it”, even if the film has a lot in there that will be recognised mainly by older horror fans who are more likely to spot the many influences, from giallo to grindhouse films. Third, you can enjoy a movie without loving absolutely everything it does. Despite what the internet may be telling us, reactions still do not have to be absolutely weighted to one end or the other.

Now we can get to the film itself. Annabelle Wallis plays Madison Mitchell, a woman who starts to experience visions of violent murders. Knowing a bit too much, and the victim of an attack herself, the police start to consider Madison as a suspect, especially when it turns out that she has connections to the victims. Does this mean that Madison’s childhood friend, a presence nobody else would ever see, has reappeared?

Although it’s not just Wallis onscreen, with supporting turns from Maddie Hasson, George Young, Michole Briana White, it’s a film that stays so focused on her character, and people are asked to act in a certain way, most of the cast are secondary to the vision of Wan. Simply there to be puppeteered, ironically. It’s hard to judge people for performances that have been directed in a very specific way. Although Marina Mazepa deserves a special mention for her outstanding physical performance.

The script, written by Akela Cooper (from a story thrashed out in conjunction with Wan and Ingrid Bisu), is pretty terrible. It’s the combination of bad writing and weak acting that has led to so many people saying that Wan has delivered a wild American giallo, but that claim forgives a lot of mis-steps. There’s no style here good enough to feel faithful to the giallo flicks it wants to emulate, a lot of it overshadowed by horribly unnecessary CGI, and the bonkers ending is disappointingly telegraphed from the earliest scenes (and giallo fans will know that most of the maddest endings they have enjoyed have been anything but predictable).

As inevitable as the final act is, it is also where Wan pulls out all of the stops and presents an audaciously fun sequence that makes the whole film worth your time. Perhaps that is a sign that he is more at home wallowing in gore and carnage than trying to be stylish and homaging giallo flicks, but it certainly allows him to provide nods, some bigger than others, to the works of Frank Henenlotter, Stephen King, Brian De Palma, and his good friend, Leigh Wannell. I don’t mind this pick ‘n’ mix approach when the end result is such a hoot, and nobody will feel bored by the time the end credits roll.

Malignant is good, sometimes really good, but the first hour or so isn’t. You have some disappointingly weak death scenes, characters it is hard to really care about, a score from Joseph Bishara that doesn’t really work alongside the visuals most of the time, and constant overuse of CGI when practical effects would have added to the overall feel that Wan was aiming for. That final act makes up for a multitude of small sins, however, and how far it pushes the envelope towards real cinematic insanity makes it one of the strangest horrors to be pushed into the mainstream in a very long time. Which makes it worth your time and support. 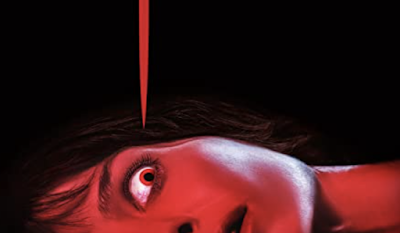