There was a time when Caddyshack was the very best golf comedy that you could name. Okay, okay, we're still not exactly inundated with golf comedies, but at least nowadays we also have the wonderful Tin Cup, and Adam Sandler fans can always point to Happy Gilmore as proof that the guy used to be very funny. I might actually prefer those two movies to Caddyshack, but only ever so slightly.

What's the story? Well, Rodney Dangerfield is the brash bundle of cheek upsetting some of the old brigade when he joins a golf club. He likes to have fun, which is something that many of the other members seem to frown upon. The cast of characters includes the uptight and grouchy Judge Elihu Smails (Ted Knight), young Danny Noonan (Michael O'Keefe), a young caddy who wants to make something of his life, and a groundskeeper (Bill Murray) who always seems to be one or two steps behind a disruptive gopher. And let's not forget Ty Webb (Chevy Chase), a great golfer who's also quite the zen master.

There are two reasons for me not loving Caddyshack quite as much as some people do. The first one is that it has some moments that make it feel very dated (whenever someone gets their groove on it feels more like a 1960s movie than one that came out in 1980). Second, I'm not that big a fan of Rodney Dangerfield. I've enjoyed some of his stuff, but I can't think of any movie vehicle he starred in that couldn't have been improved by someone else taking over his role.

Caddyshack, however, is not focused on Dangerfield. Well, it is, but it doesn't focus on him to the detriment of the rest of the film. Everyone gets their turn when it comes to providing the laughter, with Chase and Murray being the standouts.

Director Harold Ramis, who also co-wrote the script with Brian Doyle-Murray and Douglas Kenney, blends everything together perfectly, allowing everyone to play to their strengths. O'Keefe may be a bit bland compared to the great cast members surrounding him, but he's good enough to root for, and Ramis knows this, making his story a central strand while filling up each scene with enough laughs and lunacy to keep viewers entertained.

It may not be a glorious hole in one, but this comedy is easily way below par, if we're going to use the golf-specific scoring system. But that is me saying that it's actually way above par. Confused? Yes, me too. 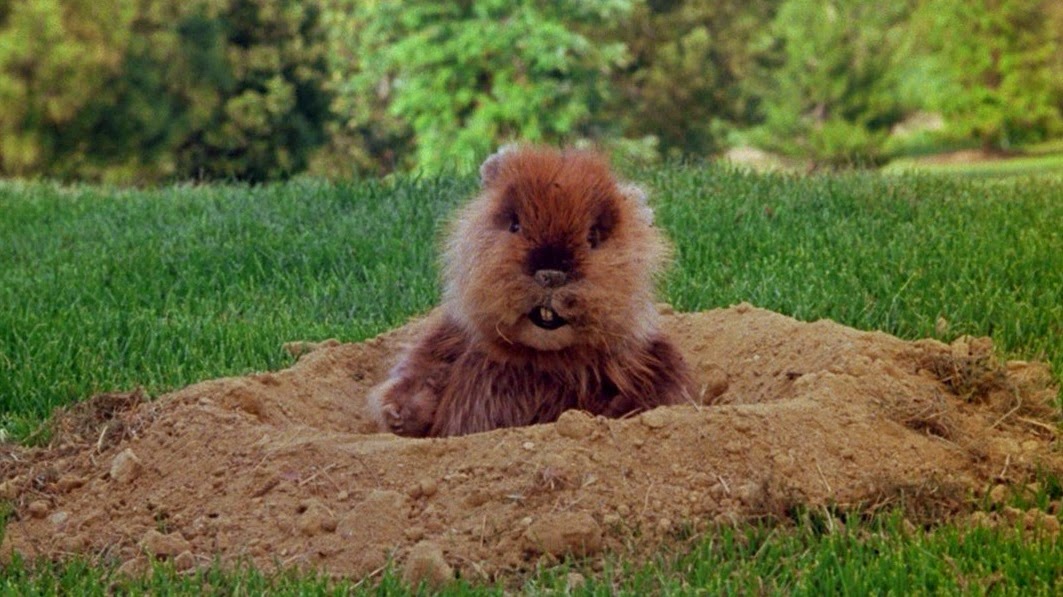