The Party may not be for everyone, there are a few too many groovy moments that date it quite badly and Peter Sellers playing an Indian actor may offend some people, but I stand by it, and heartily recommend it as an absolutely delightful comedy.

Sellers is Hrundi V. Bakshi, an incompetent actor who has his name written down by a man who can ensure that he never works in films again. Fortunately, the same piece of paper that has his name on it also has the names of everyone being invited to a swish Hollywood party, resulting in Mr. Bakshi mingling in a crowd that he knows very little about. Small disaster follows small disaster, thanks to both Bakshi and a waiter (Steve Franken) who is busy helping himself to alcohol whenever possible.

Despite some fine support, from Franken, Claudine Longet (okay, she's not great, but she's suitably beautiful and lovely) and Denny Miller (as 'Wyoming Bill' Kelso), this is very much a showcase for Sellers to do what he does best. His portrayal of Hrundi V. Bakshi is a fine comic creation, mixing great physical comedy with some real heart, to show someone who creates laughs but isn't to be ridiculed. It's a thin line indeed, but Bakshi is so sweet and earnest that viewers will want him to get through the evening unscathed, despite how unlikely that seems.

The script, by director Blake Edwards, Frank Waldman and Tom Waldman, was, apparently, just a rough guideline that allowed for a lot of improvisation and development. The movie was shot in sequence to allow things to develop from the comedy developed in earlier moments, and this results in a final product full of great moments that somehow manages to avoid the loose, rambling feeling that some improvised works can't quite shake off.

If you're a fan of Sellers then you've probably already seen this one, but if you've somehow missed it so far then I recommend getting to it soon. It is, in my opinion, up there with his best work. Also check it out if you're just a fan of great comedy, in general, as it's a masterclass in how to take the smallest moments and wring every laugh from them, piecing them all together to make something that's almost an absolute classic. 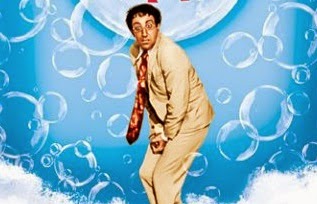