Anyone who watched Police Squad! was already aware of how great both it, and the main character (a cop named Frank Drebin, played by Leslie Nielsen), was. Unfortunately, not many people watched Police Squad! At least, not on the first time around anyway. It was poorly rated and cancelled after one season of six episodes. Thankfully, that scenario eventually led to a trilogy of movies developed from the premise, which just goes to show you that sometimes bad decisions lead to great consequences.

Nielsen is still Frank Drebin, and Drebin is still as insensitive and incompetent as ever. But he may be the best man for the job when he realises that there's a plot to assassinate the Queen while she's in his fair city. He's convinced that it's something to do with the smooth Vincent Ludwig (Ricardo Montalban) but he can't get any proof, meaning that nobody else will believe him. At least he manages to find solace in the arms of the beautiful Jane Spencer (Priscilla Presley), but will their relationship survive the situation. And will the Queen survive her visit?

ZAZ (David Zucker, Jim Abrahams, and Jerry Zucker) give comedy fans another modern classic here. They helped to craft the script, with help from Pat Proft, and it's almost as good as the mighty Airplane! Almost. The character of Drebin is hilariously oblivious throughout the movie, an American take on Inspector Clouseau, with an even richer seam of stupidity to be mined, and this helps to make every gag funnier. One-liners mix with hilarious visual jokes and set-pieces to provide non-stop laughter for fans of this particular type of comedy, and David Zucker also does a good job in the role of director. He doesn't need to do anything too special, but he makes room for each and every gag, even if it's something that viewers don't notice until a second or third viewing.

Nielsen is great in a role that he seemed born to play (even if he turned to comedy relatively late in his career), but he's given great support from George Kennedy, the lovely Miss Presley, Montalban, Nancy Marchand and O.J. Simpson back when he was best known for being an ex-sportsman. Everyone plays it admirably straight, no matter how ridiculous things get, and that's always been the brilliance of the best ZAZ comedies.

Hilarious and eminently rewatchable, no comedy collection should be without The Naked Gun. 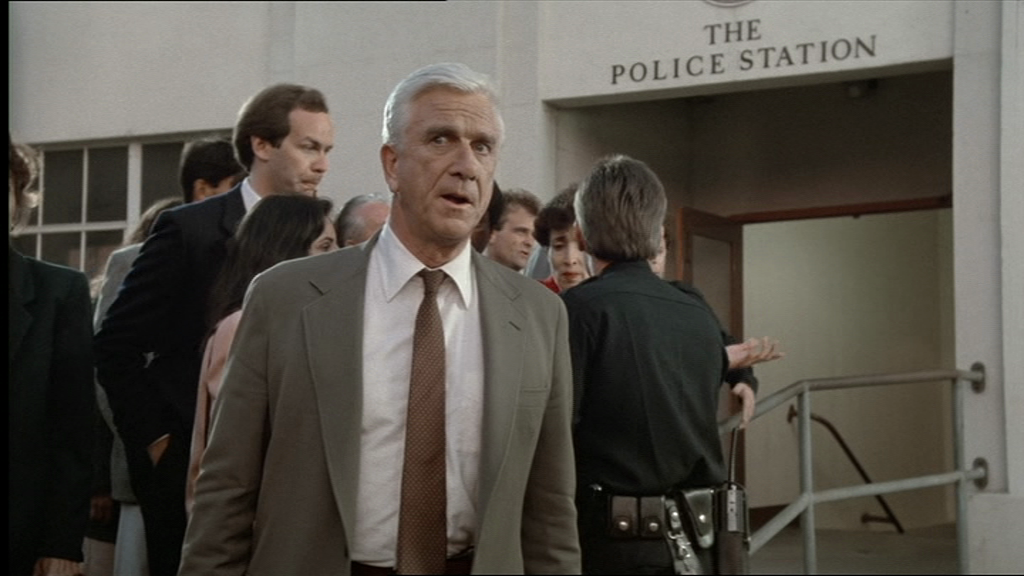