At the time of writing, this is the last movie in The Naked Gun franchise. Ed Helms is being lined up to take over the main role, apparently, but it's hard to think of anyone being able to make the role their own after such fine work from the late, great Leslie Nielsen.

In this absurd adventre, Frank Drebin (Nielsen) has retired from the police force. He's happily married to Jane (Priscilla Presley) but misses being able to legally shoot people in the street. The fact that Jane wants to start a family also causes him some stress, something that he escapes when Ed (George Kennedy) and Nordberg (O. J. Simpson) call on him for help. They want Frank to go undercover, to get close to a criminal named Rocco (Fred Ward), and to find out about whatever bad, explosive plans he has in store.

All of the main players are as good as they have been in the previous movies, and Fred Ward is a lot of fun as Rocco. Kathleen Freeman is also very good as Rocco's mother, Muriel, but the good work by everyone else is almost undone by Anna Nicole Smith, playing Rocco's gal, Tanya. She's not quite as bad as some people would have you believe, but . . . . . . . . . . she's . . . . . . not good, and is easily the worst performer onscreen.

With Peter Segal taking over the directorial duties this time around, there's definitely something lacking from this third trip to the well. Perhaps it's just the law of diminishing returns, or familiarity breeding contempt, because there are still a number of great gags packed into the script (written by David Zucker, Pat Proft and Robert LoCash). The opening sequence, in particular, is a doozy. In fact, maybe the rest of the film simply suffers in comparison to that great comic riff on The Untouchables. The finale, taking place at the Academy Awards ceremony, may feel a bit tired and desperate, but it's hard to judge the movie too harshly when it comes as the capper to so many laughs and fun moments.

I can't imagine any fans of this type of humour hating this film, but a sense of disappointment may well outweigh a lot of the good feeling. I still like this, I just like it less than the first two movies. But those first two movies, to be fair, were SO good. 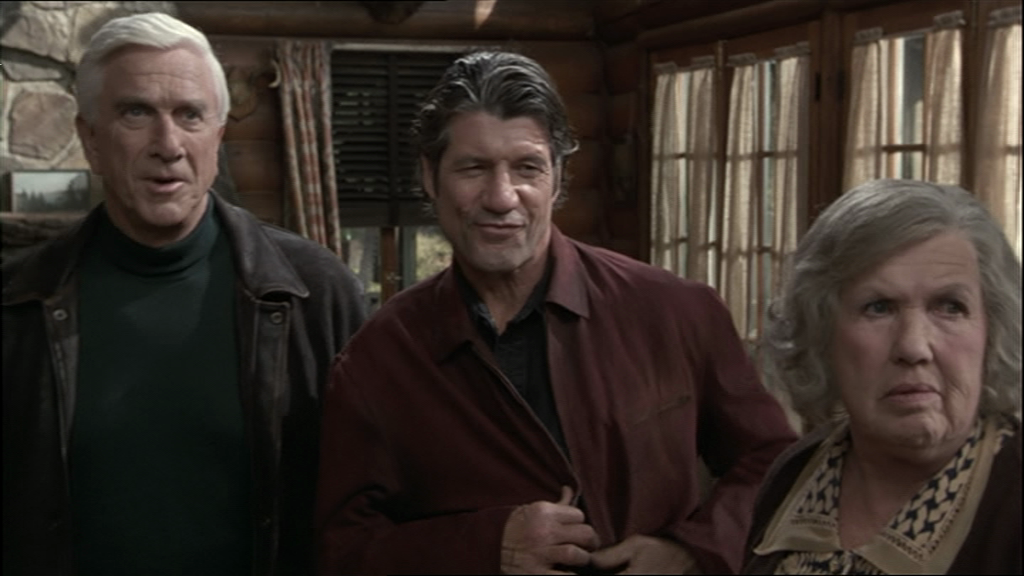