Tyler Labine spends some time in a cottage in the middle of some woods, and death starts to have a field day. Yes, it should be clear to anyone who has seen the cover art for this movie that one or two people wanted to profit from the goodwill heaped upon the excellent Tucker & Dale Vs. Evil.

Labine stars as Todd, a young man who is planning to propose to his loved one (Cammie, played by Malin Akerman) during a romantic weekend at his family's cottage. Unfortunately, his brother (Dan Petronijevic) turns up, accompanied by his crazy girlfriend (Lucy Punch). Tensions quickly rise, leading to bloodshed and a situation that quickly spirals from bad to worse.

Although there's a fun cast here, all trying their hardest, there's just something about Cottage Country that stops it from every becoming a good film. Perhaps it's because we've all seen this kind of material done a number of times before, and done better. Perhaps it's because of that horrible feeling that people are just trying to wring more money from fans of Tucker & Dale Vs. Evil. Or . . . . . . perhaps it's just not good enough, with the tension never really feeling that tense and the comedy never being that funny.

Labine is as likable as ever, and Akerman is someone I tend to enjoy onscreen (she's gorgeous, and game for a laugh), but nobody else really makes a great impression. Petronijevic and Punch are saddled with portraying two extremely annoying characters, which makes their scenes hard to enjoy, and Benjamin Ayres, Kenneth Welsh, Nancy Beatty and Sabrina Grdevich just don't get enough to do.

Writer Jeremy Boxen fails to mix in any surprises, or good enough jokes, while director Peter Wellington does nothing to help strengthen the desperately-in-need-of-strengthening material. Everything is put together competently enough, but the film just never takes off.

If you like the leads, as I do, then you'll be able to get some amusement from this, but it's a below average effort that I can't imagine anyone listing as a favourite. 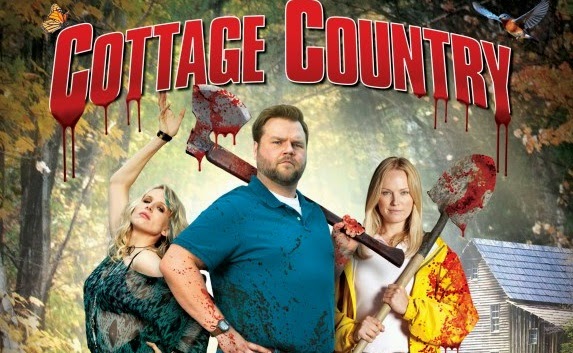