It's a relief to watch Dumb & Dumber today and realise that it holds up pretty well, because the success of the film was a bit of a mixed blessing. It helped Jim Carrey to get to the A-list, and it helped the Farrelly brothers go on to make great films like Kingpin, There's Something About Mary and Stuck On You. Unfortunately, it also plunged Jeff Daniels into a bit of a comedy purgatory for a number of years, and it also led to movies like Say It Isn't So and *shudder* Movie 43.

The slim plot sees Lloyd Christmas (Carrey) and Harry Dunne (Daniels) embarking on a trip across the country to return a briefcase to Mary Swanson (Lauren Holly). Unfortunately, the briefcase contains money that was supposed to be delivered to two criminals (played by Mike Starr and Karen Duffy). Mary left it behind deliberately, and is now unaware that Lloyd, who has fallen in love with her, and Harry are determined to travel to Aspen to give it back to her. The criminals ARE aware of the situation, but they need to figure out just what kind of people they're dealing with. Well, as is obvious from the start of the movie, they're idiots.

Lloyd and Harry aren't the most likable movie characters ever to appear onscreen, but viewers will keep rooting for them because they are more like spiteful children than sneaky adults. In fact, thanks to the performances from Carrey and Daniels, that's exactly how they come across. Whether they're chasing an impossible dream, being mean to one another, or being greatly entertained by the simplest of pleasures, these two characters are consistently child-like. Holly somehow manages to stay graceful under pressure whenever she has to share the screen with either of the two leads, Starr and Duffy are fun villains, and Victoria Rowell has a couple of great scenes in the lead up to the finale that manages to be fairly predictable, despite one little surprise thrown in to mix things up a bit. Special mentions should go to Cam Neely, for his portrayal of a mean trucker named Sea Bass, and Harland Williams, playing a traffic cop who appears for one small, but memorable, scene.

Bobby and Peter Farrelly both wrote, with the help of Bennett Yellin, and directed this slice of clever idiocy, and it's really when you see more and more misguided attempts to recapture its essence that you realise just how good it is. The bad taste, the toilet humour, the slapstick moments, everything is put together in just the right way to make for a great final product that entertains everyone but the all-too-easily-offended. The whole thing moves along at a good pace, the soundtrack is full of lively and enjoyable tunes, and it's all centred by that great pairing of Carrey and Daniels, two stooges who argue and fight together as people can do only when they really care for one another. 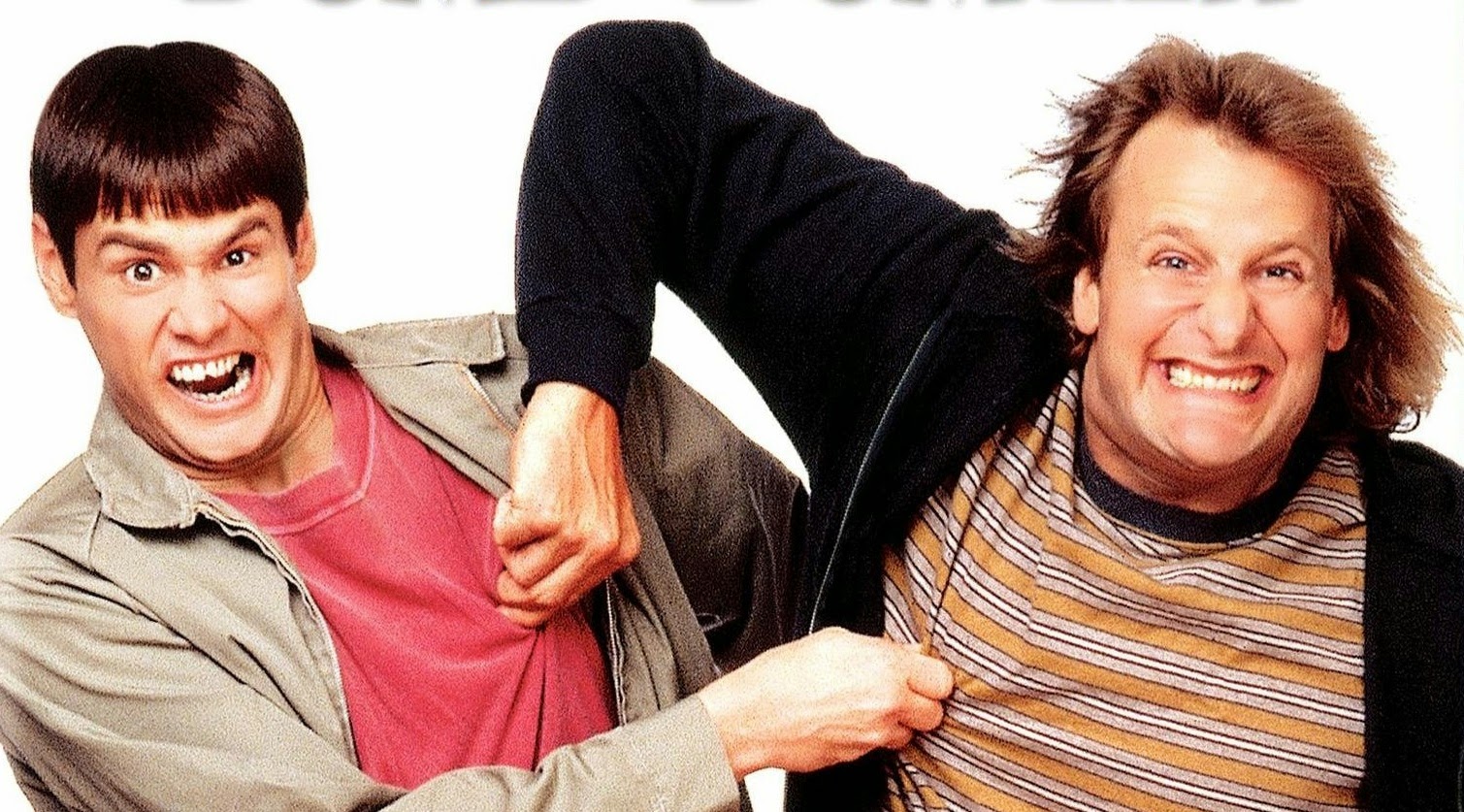