John Waters is a fun guy. His career spans decades and he remains defiantly subversive and independent. In fact, Waters himself might agree that the fact that he HAS such a lengthy career defies the odds. He doesn't make movies for the mainstream, but instead aims squarely for the awkward, the odd, the unbalanced, the outsiders, and the fiercely individual. AKA the cool people. Bizarrely, the mainstream sometimes picks up what he lays down. I'm thinking mainly of the stage show and movie remake that stemmed from Hairspray. There was also no small amount of love shown for Serial Mom when it came out, but maybe I was just finding more friends who appreciated Waters at that point.

Anyway, I should really start talking about Cecil B. DeMented. It's a film that, in some ways, seems perfectly designed to appeal to the mainstream, hence my opening ramble, but in every other way it's quintessentially Waters (who has Hollywood squarely in his sights).

Stephen Dorff is Cecil, a young artist frustrated with the entertainment world around him. Blockbusters rub shoulders with lame remakes and lame sequels, and that needs to change. Which is why he kidnaps the famous Honey Whitlock (Melanie Griffith). Forcing her to act in his movie, Cecil explains his aim and Honey eventually starts to come around to his way of thinking. But will anyone else, aside from his small group of loyal followers?

With a lot of great, albeit easy, gags and a cast that mixes a couple of well-known names with some relative "unknowns" such as Jack Noseworthy, Adrian Grenier, Maggie Gyllenhaal and Michael Shannon, Cecil B. DeMented is unlikely to be anyone's favourite John Waters movie, but it's one that I can happily revisit and never tire of. The slim runtime helps - it barely edges over the 80 minute mark - and the rest of the cast, including Alicia Witt and Lawrence Gilliard Jr, also do their bit, with plenty of enthusiasm making up for any failings in actual acting expertise. Dorff is great in the lead role, but Griffith also deserves some credit for putting herself in the midst of such madness.

Despite the thin layer of polish on everything, this is still a biting, anarchic, and interesting work from a writer-director who rarely, if ever, lets me down. The fact that he's only given us one more movie since this one in the last fifteen years is a great shame, and I hope that he's not finished warping our minds just yet. 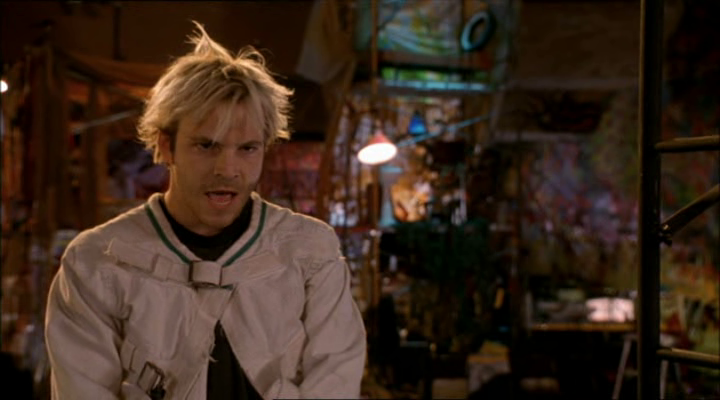