I first watched Walk Hard: The Dewey Cox Story a year or two ago, and I was underwhelmed. But I didn't write up a review, because although I hadn't seemed to like it while it was on I kept thinking of individual lines and moments long after the end credits had rolled. That was a good sign, surely, and another good sign was the fact that it had so many fans trying to convince people that it was a great comedy. So I decided to buy it and give it another chance. I'm glad I did, because I now agree with those who were telling me how good it was. It's one of the best comedies that Judd Apatow has had his name attached to in the past few years, thanks to a mix of great gags and spot on parodies.

Predominantly riffing on the life of Johnny Cash, as depicted in Walk The Line, John C. Reilly is the talented, but afflicted, Dewey Cox. Haunted by a tragic accident that led to the death of his brother, Dewey spends some years trying to prove to his parents (Raymond J. Barry and Margo Martindale) that he can make it as a talented musician. Unable to win over his father, he heads off with his teenage love (Kristen Wiig) and starts his musical career in earnest. In between singing his way to success, fathering numerous children, and discovering the joys of a variety of drugs, Dewey meets and falls in love with Darlene Madison (Jenna Fischer). But Darlene won't stray beyond the close friendship zone until married.

While it's incredibly silly throughout, Walk Hard is also incredibly smart. The songs, for one, are good enough to be the genuine article, especially the title track. And the script, written by Apatow and director Jake Kasdan, manages to fit in every cliche and homage without, somehow, feeling overstuffed. And then it throws in hilarious lines such as: "Did you hear that? I'm Dewey's 12 year-old girlfriend!"
Okay, that might not seem so hilarious now, but when you watch the whole scene, and hear Kristen Wiig triumphantly delivering that line, you may well find it as funny as I did.

Reilly, Wiig, Fischer, Barry and Martindale all do a great job, with the leading man proving to be quite the asset to the movie, but this is a film taken up a notch by a supporting cast full of talented and funny people clearly enjoying what they have to work with. Tim Meadows almost steals the film, as the band member who introduces Dewey to a variety of drugs, but Chris Parnell, Matt Besser and David Krumholtz are all worth mentioning, as are Jack White (with a hilarious Elvis impression), Harold Ramis, Jane Lynch, John Michael Higgins and many more. And then there's the added bonus of hearing the strange accents affected by Paul Rudd, Jack Black, Justin Long and Jason Schwartzman as they attempt to mimic the Beatles in a scene that I find fairly amusing, but others may find annoying and a bit too self-indulgent.

Jake Kasdan has been proving himself quite a capable director for years now, and this is another title that nestles comfortably alongside the other successes in a feature filmography that, for the most part, aims for quality over quantity. 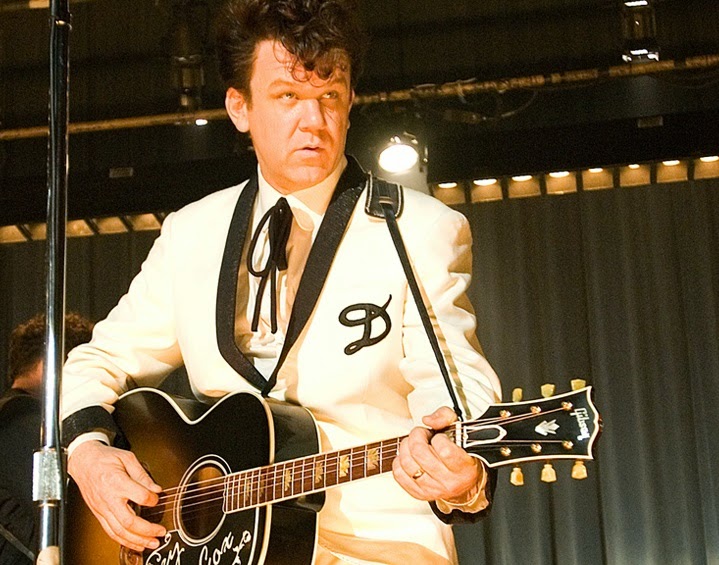