A parody full of juvenile humour that focuses on sex and/or flatulence, it must be something created by one of the Wayans brothers. Lo and behold, yes it is. Marlon Wayans co-wrote this one with Rick Alvarez, and he also gets the leading role, funnily enough.

Wayans is Malcolm, a young man about to take a big step in his relationship with Kisha (Essence Atkins). Yes, they're moving in together. Unfortunately, that's the cue for a lot of supernatural shenanigans, which leads to Malcolm fitting the house with lots of cameras, in an attempt to see just what is going on in their home.

Mainly referencing the Paranormal Activity series for most of the gags, this film also lifts moments from The Last Exorcism and The Devil Inside. That's not surprising, especially for anyone who saw the trailers. What IS surprising is how many gags manage to avoid being completely awful. I can't say that I thought A Haunted House was good, it's not one I would ever want to watch again, but it was certainly better than I thought it was going to be. There were even one or two moments that made me smirk.

Wayans is slightly less annoying than usual here, but he's still annoying. Has he ever done anything in which he wasn't annoying? Probably, but I really can't think of anything just now. Essence Atkins is a little bit more enjoyable, and the supporting turns from David Koechner, Cedric The Entertainer and Nick Swardson provide some chuckles. I just wish the same could be said of everyone given screentime (Affion Crockett isn't great, but he's also given some of the worst material to work with).

The script is as lowbrow as expected, and the direction from Michael Tiddes works with the material to hammer home each joke and ensure that things are kept tasteless. Why hint at something when it can be shown? Subtlety is not a keyword here.

There's an audience for this kind of movie (the sequel was greenlit a while ago, god help us) but I'll never be a fan. My generous rating reflects the few gags that worked, and worked well. The dialogue between Koechner and Wayans is particularly enjoyable, and perhaps it's worth noting that their best moment doesn't directly parody any other movie. 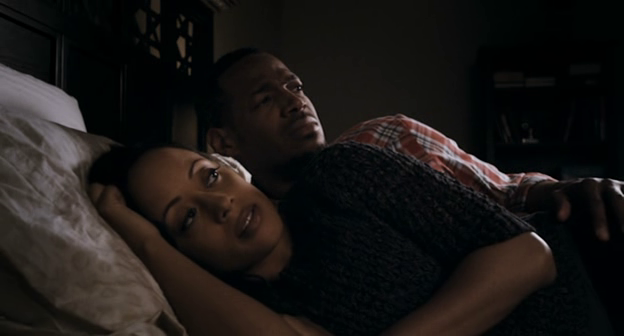