While it wasn't his first movie role, The Parole Officer was certainly the first movie with Steve Coogan in it that tried to sell him as the main draw. It tends to be forgotten now, thanks to the large body of work that Coogan has built up, both on the big screen and back in TV land, but I think it remains a fantastic British comedy, very much an updated "little man against the odds" romp that brings to mind some of the Ealing Studios classics.

Coogan is the main character, a probation officer named Simon Garden who ends up witnessing a man murdered at the hands of the corrupt Inspector Burton (Stephen Dillane). The only proof that could take the heat off Simon, who is being set up with some incriminating evidence, and show that the Inspector actually did it, is a videotape. Unfortunately, that tape has been locked away in a secure bank vault. Simon rounds up a few people that he has helped in the past and tries to convince them that if they help him commit this robbery then they are, in fact, doing a very good deed.

It may never hit the comedy heights that some might want to see from Coogan, but The Parole Officer is a solid provider of chuckles from start to finish. The script, written by Coogan and Henry Normal, is based more around the characters than one-liners, but that's perfectly fine when the characters are so much fun.

Coogan's character isn't just another Alan Partridge, but there is a shade of him in there, as Simon Garden also lacks self-awareness, at times, and can be similarly awkward. The character does provide laughs, but he's often more of a straight man to the motley crew he assembles to help him in his crime, four people played by Om Puri, Steven Waddington, Ben Miller and Emma Williams - all on fine form as the rehabilitated criminals with the skills to help Simon in his task. Dillane is a very good baddie, and the lovely Lena Headey is as lovely as ever, playing a police officer and potential love interest. There are also a couple of nice cameos from Jenny Agutter and Omar Sharif to add to the fun.

Director John Duigan keeps things moving along nicely, moving between moments of banter between the would-be robbers, some tension, and then some more of the grand robbery scheme, with plenty of comedy puncturing everything. It's all done in a very genteel style, at times, but there are still one or two moments of crudity (and, they may be crude but they ARE funny), with the end result being a very satisfying mix of verbal wit, sight gags and, well, a bit of vomit.

It might not become a firm favourite, and you might never revisit it, but I think The Parole Officer is a very good film, so I'll keep championing it after everyone else seems to have forgotten all about it. 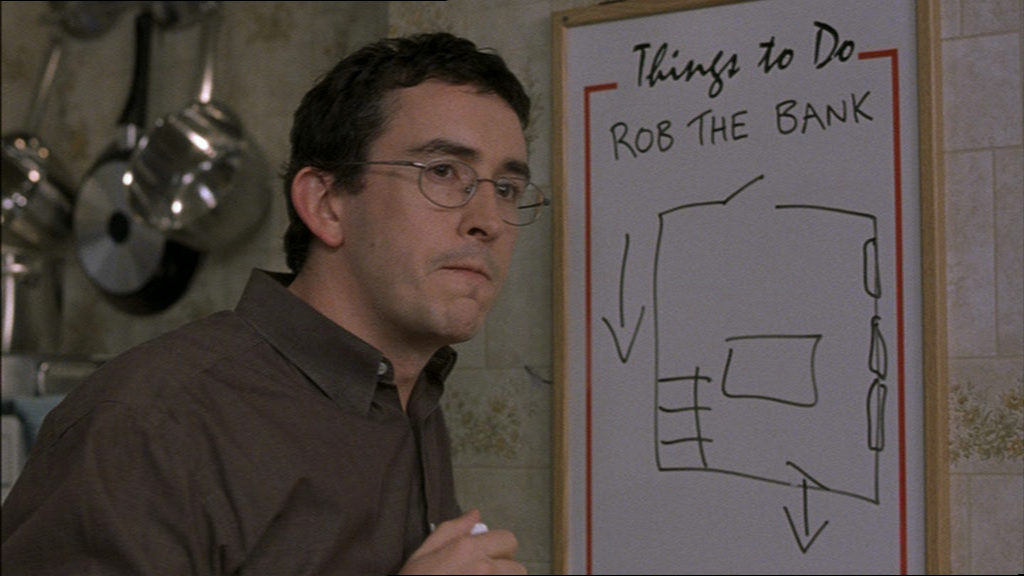