Gene Wilder and Richard Pryor have no luck when they end up starring in a movie together. In fact, they usually end up accused of a crime that they didn't commit, and this film is no exception.

Wilder plays Dave Lyons, who is deaf, and Pryor is a blind man named Wallace "Wally" Karue. Neither man likes to bring attention to their disability, so when Wally applies for a job being advertised by Dave it isn't long until the two seem like good friends. That friendship is strained, however, when a man is murdered in their workplace, and the police think that Wally and Dave did it. They're innocent, of course, but the fact that one heard a gunshot, while not seeing anything, and the other saw some lovely legs leaving the scene, while not hearing anything, proves incredibly frustrating for the main police officer (Alan North) who wants to solve the case. Which leaves Wally and Dave having to escape custody, track down the killers, and clear their names. All while trying to ensure that nobody notices their disabilities.

While it's not quite as good as Stir Crazy, this is a most enjoyable reunion for two comic actors who always seemed to bring out the best in one another (but let's not mention Another You). Wilder and Pryor are on great form, doing a decent job of portraying their disabilities (well, I'm being kind) while never forgetting to keep everything funny. Joan Severance makes an unforgettable impression as a killer, and the owner of the aforementioned lovely legs, but poor Kevin Spacey, as her partner, is stuck alongside her with a lot less to do, giving no impression of just how many great performances he would deliver in later years. Alan North is enjoyable as the cop who spends the movie growing more and more frustrated, Kirsten Childs does well as Wally's exasperated sister, and Anthony Zerbe pops up for a small, but fantastic, role in the third act.

The script, written by five different people (including Wilder), does well, overall, in keeping the focus of the gags on the situations and characters. There are one or two moments that allow viewers to laugh at the leads, but many of the jokes stem from the the way in which people underestimate Wally and Dave, as opposed to stemming just from the disabilities. Director Arthur Hiller keeps everything moving along nicely, with the entertainment factor superceding the mistakes made and the moments that feature all-too-obvious stunt doubles.

Stir Crazy should always be the first port of call for fans of these two actors working together onscreen, but this is a surprisingly close second. It might be far from perfect in many ways, but it has some great one-liners, a couple of hilarious set-pieces and constantly enjoyable banter between the leads. 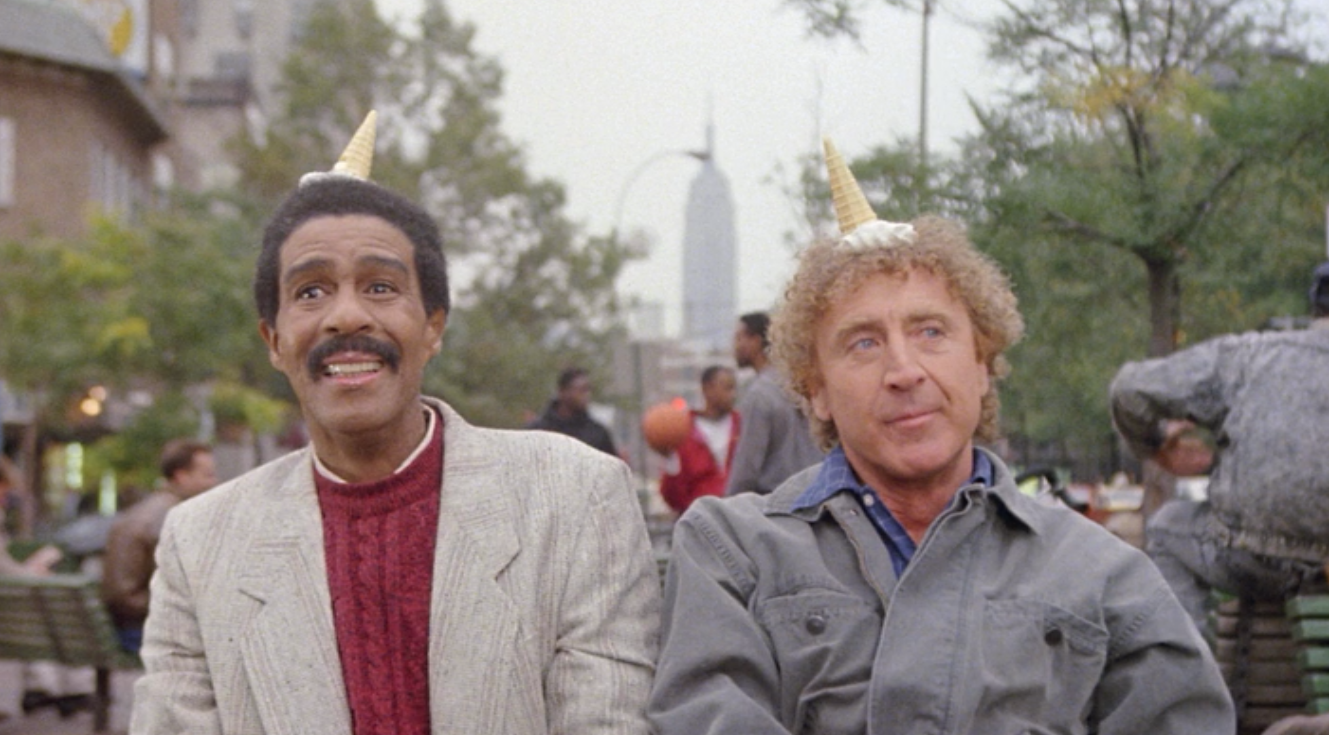 Remember, every copy of my book sold gets a few pounds in my pocket, and gets you a good read (if I say so myself).