Leslie Nielsen returns as Frank Drebin in this comedy sequel that almost holds up as well as the first movie, thanks to the gags having the same level of both quantity and quality.

Some time has passed since the events of the first movie, of course, and Drebin and Jane Spencer (Priscilla Presley) are no longer together. Which makes things extra awkward when Drebin suspects Quentin Hapsburg (Robert Goulet) of being involved in a scheme to kidnap a scientist (Richard Griffiths) who is about to advise the President Of The United States, and other important folk, on the advantages of solar energy.

With the main cast members all returning from the first movie, and game performances from Goulet and Griffiths, this is a film that will easily please fans of Drebin and co. There's also some fun to be had with lookalikes of George Bush Sr. and his wife, Barbara, to make up for the lack of any involvement by Queen Elizabeth II this time around.

David Zucker also returns to direct, and he co-wrote the script with Pat Proft. The two men show, once again, that they are always reliable when it comes to setting up numerous zingers, be they one-liners, visual gags, or the many wonderful blink-and-miss-them details that often loiter on the edges, or in the background.

Although there are many gags recycled from the first movie (and, of course, the TV show that started it all off), this isn't a case of familiarity breeding contempt. No. This is warm, comforting stuff. You can watch the movie and know that you're in safe hands, whether they belong to Zucker and Proft, or Nielsen and his talented co-stars. Everyone is aiming to provide you with the laughs, and they do just that. Of course, it helps that in between the many familiar gags there are a number of original moments that are absolute crackers. 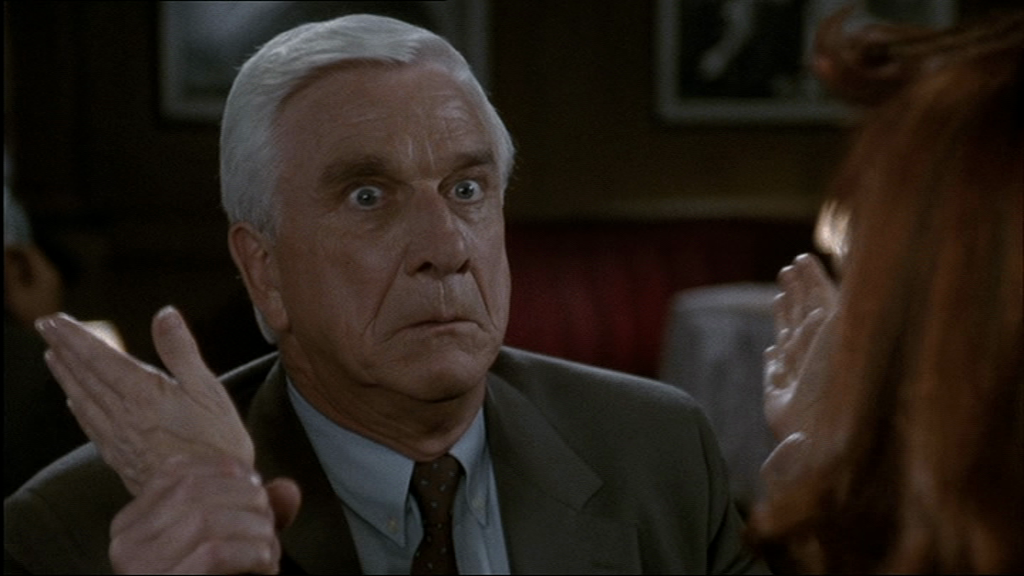