Netflix And Chill: The Debt Collector (2018)

It's a shame that the unrelenting march of technology also comes with a few downsides. There are the obvious issues, to do with identity, security, predators, and trolls. But there are some other things that it is easy to forget about. And one of those things is the relative dearth of the kind of movies that would appear "straight to video" and provide perfect, uncomplicated, entertainment for those in the right frame of mind. You have ninety minutes, you have food and/or snacks, and you want a bit of action. Most blockbusters nowadays tend towards the two-hour mark, even if you're getting your fix of fights from someone like Jason Statham or Dwayne Johnson, and there aren't many that aren't part of some ongoing franchise (be it the bigger titles you always see cropping up or the lesser titles that have more sequels than you knew about, such as The Scorpion King movies and The Marine series).

So take a moment to appreciate the ass-kicking skills of Scott Adkins, here teaming up once again with director Jesse V. Johnson to deliver the kind of solid action fare that perfectly scratches that itch you didn't realise you wanted help with.

Adkins is French, a martial artist struggling to make his business a financial success. To make himself some extra money, he gets a job as a debt collector. Paired up with a veteran of the job, Sue (Louis Mandylor), it's not long until French is being tested against a number of muscular guys who are employed to protect their bosses from any harm. Things get even worse when French and Sue are given a job that involves someone who has double-crossed a gangster boss named Barbosa (Tony Todd).

I'm not going to try and make this sound like any kind of masterpiece. It's a film developed to showcase some fight scenes for Adkins, nothing more and nothing less, and the fight scenes are very well shot, always being both entertaining and believably painful. The script, co-written by Johnson and Stu Small (who previously worked with both director and star on their previous outing, the even more enjoyable Accident Man), has enough amusing banter between Adkins and Mandylor, makes it clear that our hero has a slightly better calibrated moral compass, and sets everything up to be unleashed in a super-violent finale. Basically, it does everything you need it to do.

I'm not sure what exactly has held Adkins back slightly over the years, whether it's his delivery of dialogue or his past choices, but this could be his best role yet. It allows him to show a more well-rounded character than some of his other roles, and there are some good running gags with people lightly mocking him as they underestimate his combat skills. Mandylor works reasonably well alongside him, although the film does him a disservice by adding some backstory details that weren't really required, and Todd is very well-suited to his character, one who exudes an air of menace even from his first moments onscreen. Vladimir Kulich is fine, playing the boss of Adkins and Mandylor, and there's an all-too-small role for Michael Paré. 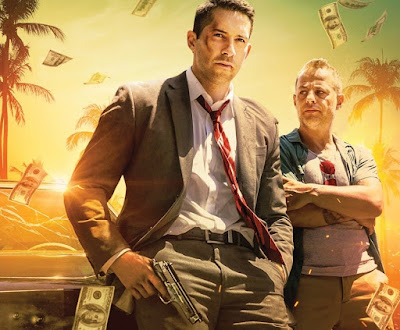