Shudder Saturday: The Girl In The Photographs (2015)

Although not all horror movies need to fit nicely into a narrowly-defined genre pigeonhole, some films seem to make their biggest mistake in being far too non-committal to the genre. They want to be a thriller, or they want to be too funny, or they want to concentrate on some more serious dramatic elements. None of these things are wrong, depending on your movie, but they feel wrong when placed in a horror movie framework that you think has been reluctantly chosen by a director who couldn't figure out another approach.

The Girl In The Photographs is one of those movies. It's a thriller, for the most part, and a fairly standard one, but you get a bit more nastiness here and some gore in the finale. It's not enough, however, to distract you from the weak script, lack of logic, and poor acting from almost everyone involved (including/especially Kal Penn).

The standard plot sees a young woman (Colleen, played by Claudia Lee) targeted by some sick kidnappers/killers. They keep leaving her photos of their latest victim, photos that somehow show things clearly enough to be upsetting without giving away anything that could help the police. An arrogant photographer (Peter Hemmings, played by Penn) finds out about this, assumes that the psycho is homaging his work, and decides to head back to his home town, thinking he may lure the killer out and solve the case (yes, the plan is as dumb as it sounds).

Nick Simon doesn't have too many features to his credit, as director, but perhaps the most telling thing about his filmography is the fact that 2 Lava 2 Lantula! seems to be one of his better outings. He also helped write this script, alongside Oz Perkins and Robert Morast, and it's worth wondering just how well this could have turned out if it had been shaped by the singular, and more assured, vision of Perkins (who has built up a small, but acclaimed, filmography that has him marked out as a not-inconsiderable talent). From the character moments to the tonal slides, this film is one hell of a mess. Some people will still be able to enjoy it, messiness and all. I did not.

The performances really don't help either. Lee isn't too bad in her role, and there are some okay supporting turns here and there, but it's the bigger names who throw the film further out of balance. As much as I tend to like him onscreen, Penn is giving the worst performance I have ever seen from him here. He's a mix of Austin Powers (in standard photographer mode) and whoever you have met in your life that turned out to be the most irritating asshole you never wanted to meet again. Katharine Isabelle is onscreen just enough to remind you of how wonderful she is, and how the film would be much better if she was in the lead role (no offence intended to Lee, it's just . . . Katharine Isabelle), and Mitch Pileggi feels like he's only cast to make viewers go "do I know him? I think I know him, oh wait, that's him from The X-Files, isn't it?" That may seem unfair to Pileggi, who is just a working actor keeping himself in work, but his role feels just a bit too minor for him to be in it, which is what makes it feel even more like a simple case of distracting stunt casting.

I was almost more generous here with my rating, considering the things that seem perfectly okay, on a technical level, but the more I thought about it, the more I found to dislike. I don't want to mention the other performances, that range from the bland to the awful. I don't want to give the benefit of the doubt to someone who acts as if they were too worried about making an outright horror movie while being too inexperienced to make a cracking thriller. And I don't want to spend more time on a movie that felt like a waste of 95 minutes already.

The movie is currently available on Shudder, but I'd recommend picking something else on there instead. 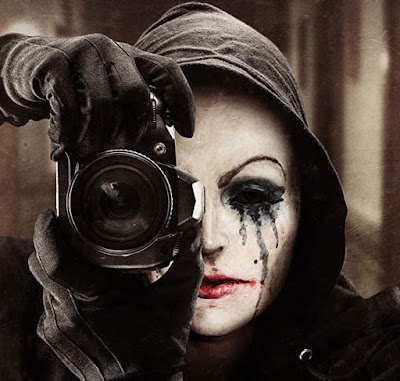