The second feature from Trey Parker, who wears as many hats as he usually does by directing, writing the script, starring in the lead role, and helping to edit and produce the music, Orgazmo is almost as much fun as anything else that he's been attached to, yet it's probably his most overlooked (because BASEketball, directed by David Zucker, is just a lot funnier, and Cannibal! The Musical is one that people seek out once they learn of its existence, then you get an unstoppable run from the start of South Park).

Despite overflowing with silliness, including a gadget that can force people to have immediate orgasms, and despite the fact it plays out like a superhero spoof for certain scenes, especially in the third act, Orgazmo is typical Parker, often most on point when it posits the judgemental view of Joe against the matter-of-fact way in which others around him treat consensual sex. This is a film that, despite the naughty nature of the material, celebrates the fact that there are good people all around us, whether they are trying to get others to pray or trying to give others pleasure, and so many different little ways to make the world a better place.

Parker is great in the lead role, working his schtick as well as he usually does, and he's surrounded by a fun cast. Bachar is always willing to make himself look stupid, and also does a great superhero sidekick routine whenever he's being Choda Boy, and Jacobs is great as the stereotypical kind of guy you would imagine being a porn film director. Matt Stone has a small, but hilarious, role, playing a lighting guy who keeps getting too excited at the action in front of him. There's also some canny casting in the form of Ron Jeremy, Chasey Lain, and Juli Ashton (names known to many of you already, even if you try to plead ignorance).

The script and direction are both fine. There's a lot of fun dialogue, the pacing ensures viewers won't feel that it overstays its welcome, and there is some careful blocking and character placement allowing for the porn-centric scenes to stay within the realms of amusing titillation. 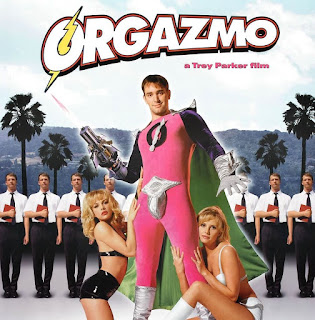