Belzebuth may be quite a mixed bag, and it ambitiously aims for something always just out of its reach, but there are scenes within it that rank among the most disturbing I have seen in some time. Because, for the most part, the victims are often innocent children. Children, some as young as newborn babies (in one sequence near the very start that has a woman lock herself in a hospital nursery room and then pull out a knife). It's easy to see why the film cannot maintain those high standards of terror in between the major set-pieces, but it's a shame that it fumbles with the other main ideas it has at the heart of it.

Joaquín Cosio plays Emmanuel Ritter, a cop who is still shattered from the above incident that took place soon after the birth of his child. He's further affected by a number of major incidents (a school pupil who guns down many of his fellow pupils, an attacker who takes aim at a swimming pool full of youngsters) as the authorities tell him he has to co-operate with a paranormal expert, Ivan Franco (Tate Ellington). This leads to them trying to keep a mother and child safe, learning more about the motivation of the killers, and eventually going on a journey with a tattooed and determined priest, Vasillo Canetti (Tobin Bell), who has already had a fateful encounter with these evil forces before.

The opening act of Belzebuth is the equivalent of a slap in the face. It grabs your attention, no doubt, and holds it, even while things start to fray as you head towards the halfway point. Director Emilio Portes, who co-wrote the screenplay with Luis Carlos Fuentes, knows just how much to show and how much to keep out of frame. When it comes to the horrible infanticide, we see splashes of blood, we see stains that cover the surfaces surrounding the site of a massacre, or violent acts that are cut away from at just the right moment. Adults, on the other hand, we can handle seeing violence inflicted upon them, and we often do get to see it. Portes has a good eye, and a good instinct for how to maximise the effectiveness of each scene without going too far.

Unfortunately, he doesn't have the same instinct when it comes to the writing. This is a messy script, with the film clocking in at just under two hours when it would have made a perfect 90-minute thrill ride. It's not something that people may say often, but both Portes and Fuentes would have done well to try and meld their material/ideas with the more streamlined Hollywood horror outings, figuring out how to cut out a lot of the extraneous content and build everything more effectively towards a knuckle-whitening finale. As it is, Belzebuth peaks at about the halfway point (a sequence in which the characters talk to a demon contained within a statue is an imaginative high point, a real mix of oddness and entertainment) and then just becomes a waiting game for viewers until the end credits roll.

There are other cast members involved, particularly the mother and child being kept safe, but this largely feels like a three-hander between the male leads. Ellington is the weakest of the three. He's not bad, he's just not given anything to make his character truly stand out. Cosio, on the other hand, is always giving the impression of his inner pain and turmoil while he dives further into this strange case, helped by his imposing figure. He may not be any kind of giant of a man, but he feels that way in many of his scenes. And then you have Bell, a lot of fun in a role that allows him to do his enigmatic schtick while also revealing more of the true nature of his character in the third act.

Despite it being front-loaded and a bit too muddled in places, Belzebuth is well worth your time, especially if you're after a horror movie that uses a number of familiar elements and tropes in ways that make them feel slightly different. It's just a shame that it cannot maintain the momentum it gathers during that amazing first act.

No links today. Feel free to use one on another post and shop till you drop. 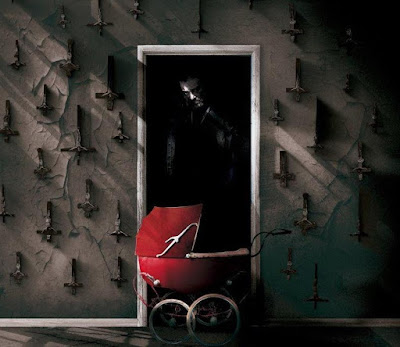